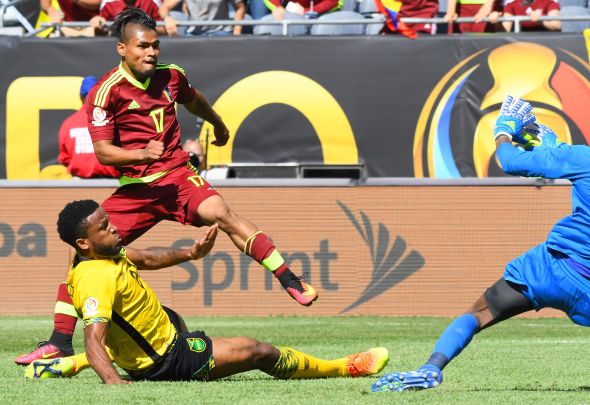 Newcastle are interested in bringing Torino attacker Josef Martinez to St. James’ Park, according to a report.

Italian outlet Tuttosport claim that Rafa Benitez is willing to rival Bundesliga outfit Hamburg for the signature of Martinez, who has 37 Venezuela caps to his name.

Martinez, 23, is on the fringes of Sinisa Mihajlovic’s Serie A side, after making just six starts all season alongside England goalkeeper Joe Hart who continues his loan spell in Italy.

Known for his blistering pace, the south American star is able to glide past opponents with ease as well as providing a fair amount of strength despite being just 5ft 7in tall.

Martinez, who moved to Torino in the summer of 2014 from Swiss side Young Boys, can play anywhere in attack but prefers the number 10 role.

Torino’s number 17 has made a total of 12 appearances for the ambitious Serie A outfit this season, scoring two goals.

Martinez is under contract until the summer of 2018.

With Mohamed Diame and Ayoze Perez currently battling to become Benitez’s first choice number 10, it is difficult to see how the signing of Martinez could improve the Magpies as they already possess plenty of cover in attack. However, Martinez could offer some much-needed width out wide after Christian Atsu left Tyneside to represent Ghana at the Africa Cup of Nations. Just Yoann Gouffran and Matt Ritchie remain on the wings for the relegated Premier League side, and bringing Martinez in a potential bargain move could boost Newcastle’s Premier League promotion hunt.

In other Newcastle transfer news, the Toon are also reportedly interested in this Championship star but will have to do battle with two other sides.