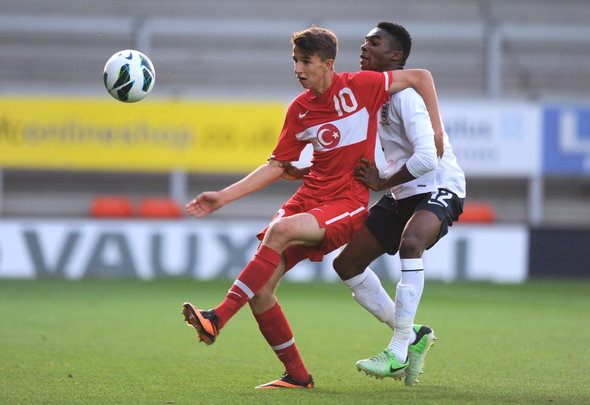 Newcastle United youngster Daniel Barlaser has confirmed he is looking to leave the club on loan in January having signed a new two-year contract extension.

The club confirmed on Saturday via their official website and their official Twitter account that the 20-year-old midfielder has committed to a new deal which is set to tie him to the club until 2019, having made a less than a handful of appearances for the senior side.

✍🏽 Young midfielder @barlaser_97 has signed a new contract with the club.

A graduate of the youth ranks on Tyneside, the central midfielder made his debut for the first team in a 3-1 win over Birmingham in the FA Cup back in January, and has gone on to appear three times, although is yet to make his first league appearance.

With over 70 appearances for the under-23 side under his belt, Barlaser has stated that he will be looking to leave the club temporarily come the January transfer window, as he looks to emulate fellow youth team graduates in breaking into the first team.

He told NUFC TV, available on the club’s website: “We have only really had Dummy (Paul Dummett) and Sammy (Ameobi, come through the youth ranks) so it’s a motivation to get myself into the frame and playing in the Premier League.

“I want to get on loan in January, show what I can do, and hopefully be back and ready to play for the first-team.

“I need to keep my head down and work towards another contract by the time this contract is up.”

Barlaser has been utilised in both the centre of the park and on the left flank during his Newcastle career, and has eight goals and eight assists in his 73 appearances for the Magpies’ reserve side.

In other Newcastle United news, Football Insider has analysed the starting XI which would demolish Palace on Saturday.