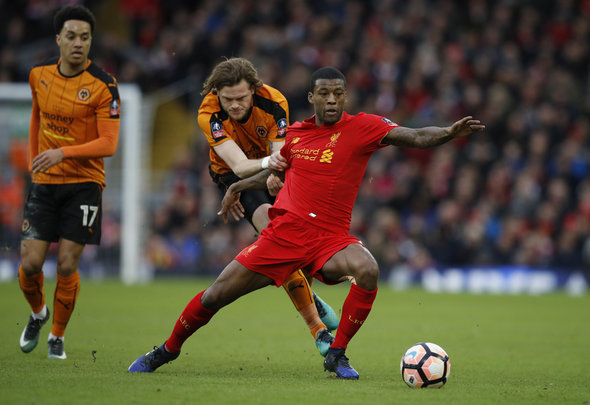 Newcastle United boss Rafael Benitez has said that he feels there will be no hard feelings from the fans when Georginio Wijnaldum returns to St James’ Park on Sunday.

The Dutch midfielder is set to be part of Liverpool’s squad that travels to Tyneside, making a return to the stadium where he spent just a single season after joining from PSV Eindhoven in 2015.

He finished at the Magpies’ top scorer with 11 goals in 40 appearances as Newcastle found themselves relegated, and he left for the Reds in a deal worth in the region of £25million.

However, on his first return to the Magpies, Benitez says he feels fans will understand the situation the midfielder found himself in and will hold no grudges should he take to the field on Sunday.

He honestly admitted to the Shields Gazette: “Sometimes players receive massive offers, and it’s very difficult to say no.

“He was going to a massive club from a team that was relegated to the Championship, and then you have a massive offer from a top side.

“I think he was happy here and he appreciated the relationship with the fans. Everything here was fine.

“I don’t see any animosity against him because he left. I think the fans will understand.”

Wijnaldum has made 52 appearances for the Reds since his move to Anfield, six goals and chipping in with 11 assists.

He has continued to prove himself as a key member of Jugen Klopp’s first team squad this season with 10 appearances across all competitions, although he is yet to score or assist.

The Magpies, currently in eighth place, could leapfrog the Reds, sitting in fifth, in the table with a win, while victory for Liverpool would see them level on points with third placed Tottenham.

In other Newcastle United news, the club have agreed a deal which could be huge for the future.