Mauricio Pochettino is interested in holding talks with Newcastle United when the club’s takeover is complete, Football Insider understands.

The Argentine has been linked with the St James’ Park post as Amanda Staveley’s Saudi-backed consortium finalises its £300million takoever.

A Newcastle source has told Football Insider the club are already in contact with leading agents as they assess ‘top tier’ managerial candidates to replace Steve Bruce this summer.

Pochettino is a target of the prospective new owners after being sacked by Tottenham last November, five months following the club’s first-ever Champions League final.

The word from the 48-year-old’s camp is that he would consider any ambitious proposals as he plots the next step in his managerial career.

It would need to be a convincing sales pitch from the new ownership, given Pochettino’s impressive CV.

Tottenham were transformed into a European and Premier League heavyweight during his five-and-a-half years at the helm despite a budget that was dwarfed by rivals.

The Argentine had similarly impressive spells at Espanyol and Southampton when he set out in management.

Pochettino has hinted his next job will be in England or Spain, but does not appear fixated with one of Europe’s elite.

“Would I like to be a City or a Liverpool? To some extent yes and to some extent no,” Pochettino said. “I prefer to fight for something that can be historical, unique.”

The Premier League is in the process of ratifying a proposed £300m takeover of Newcastle by PCP Partner’s, which includes Saudi’s Crown Prince, Mohammed bin Salman. 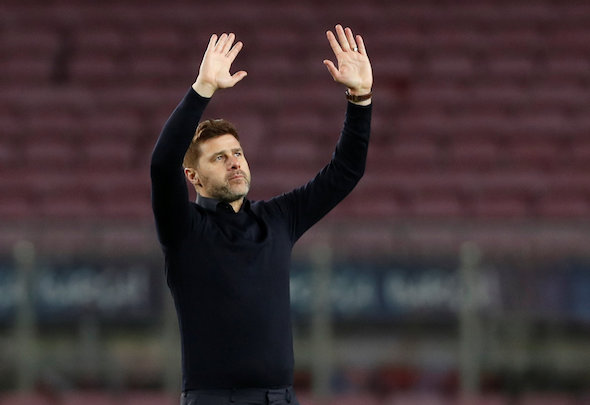 Funds will be provided to pay the kind of transfer fee and wages that have been impossible during Mike Ashley’s reign.

In other Newcastle United news, it can be REVEALED that the club are ready to blow Tottenham out of the water to sign attacking star.