Newcastle United are set to tie Andy Carroll to a contract extension that run until the end of the season.

The giant striker is in line to follow loan stars Danny Rose and Valentino Lazaro in extending his stay to see out the remainder of the campaign.

A Newcastle source has told Football Insider that Carroll has reached a verbal agreement with the club and the deal should be signed off the next few days. 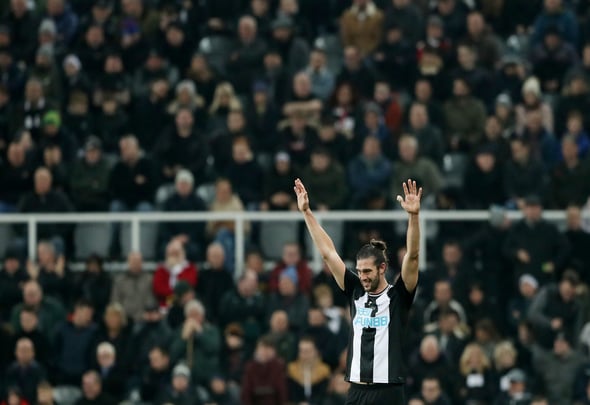 That is a relief to Steve Bruce, who wants to finish the season with the same squad he had before the mid-March lockdown.

The manager is also hopeful full-back Javier Manquillo will also commit to a contract extension although there are growing doubts over whether Matty Longstaff will do so.

Bruce regards Carroll as a key man even though he is not earmarked for a starting role and his body will always limit his availability.

At this stage, the Toon favourite is expected to be fit for next weekend’s home game with Sheffield United at St James’ Park.

Carroll, 31, rejoined Newcastle last summer on a one-year contract that has an option to extend it for a further 12 months.

He has made 14 appearances in all competitions, including four Premier League starts.

The 6ft 4in colossus has yet to add to the 33 goals he scored in his first Newcastle spell but did register an impressive four league assists before the campaign was suspended.

In other Newcastle United news, a pundit has told Football Insider the takeover is “definitely happening” after big new development.