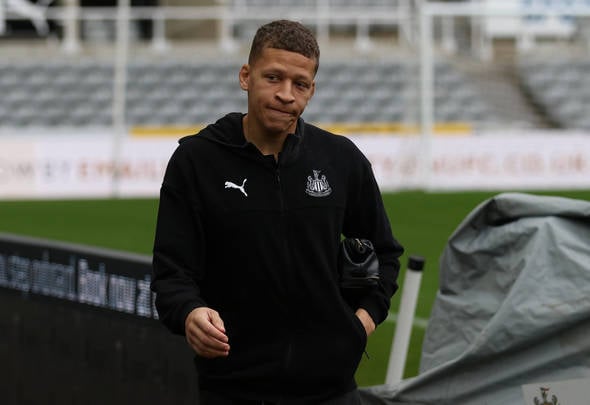 Dwight Gayle is one of a number of Newcastle United players who must step up in the absence of the club’s injured stars.

That is according to ex-Premier League striker Kevin Campbell, speaking exclusively to Football Insider after the club confirmed that forward duo Allan Saint-Maximin and Miguel Almiron would be out until April.

They join striker Callum Wilson in the treatment room and leave Newcastle’s forward line looking anaemic ahead of a seismically important run of games. 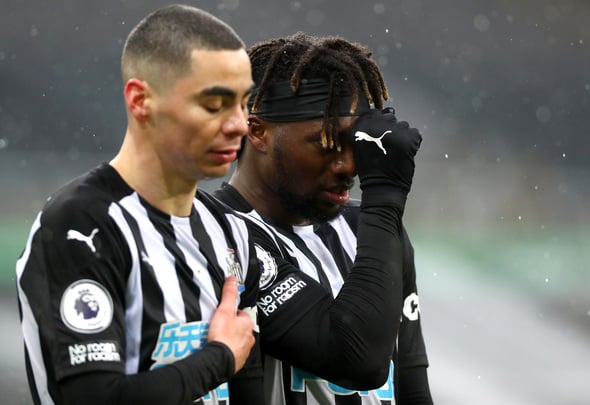 Newcastle are currently just three points outside the drop zone and face West Brom, Aston Villa and Brighton before the international break.

Gayle, 31, missed the first two months of the season with a knee injury and has started just one match since – though he has played eight times off the bench.

Gayle, along with Ryan Fraser, Joelinton and Jonjoe Shelvey must step up to the plate in the coming weeks, insists Campbell.

“Steve Bruce is going to have to do a big job, that’s for sure,” he told Football Insider correspondent Dylan Childs.

“It’s very difficult for him with his three most offensive players, the ones that give him that cutting edge, all out.

“They are going to have to rely on Ryan Fraser, Joelinton, a few of the others. Jonjo Shelvey is gonna have to take more responsibility on his shoulders.

“Dwight Gayle might have to play a part in it all now. I know he’s been in and around it from the bench but he might have to come in and do a job for them.” 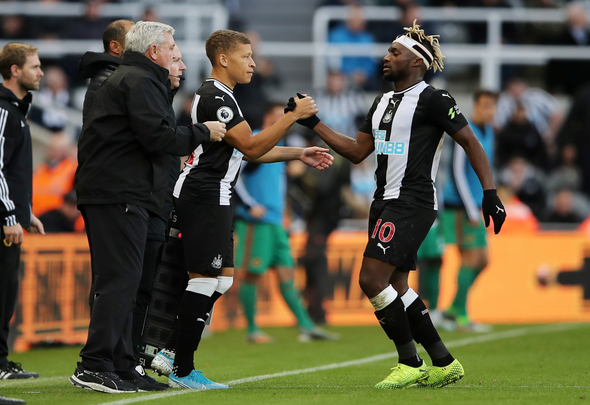 Gayle’s only goal of the season came following his return to the side from injury, a match-winning header against West Brom on 12 December.

He has featured 102 times for the Magpies since signing in 2016, scoring 34 times and registering 10 assists in that time.

In other news, the chances of a Newcastle United takeover have been severely damaged by the injuries to Almiron and Saint-Maximin.