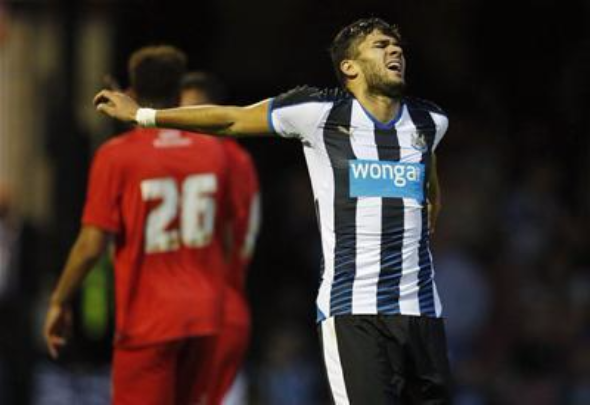 Newcastle United could be looking to bring former midfielder Mehdi Abeid back to St James Park, according to reports.

Portuguese newspaper O Jogo report that Rafael Benitez is keen to bring the 23-year-old back to the North East.

Abeid spent four years at Newcastle, where he made 13 league appearances in central midfield. During his time at the club he spent loans at St Johnstone and Panathinaikos.

After leaving Newcastle for Panathinaikos permanently in 2015, Abeid starred in 23 Super League games for the Greek outfit, scoring three goals.

Portuguese giants Porto are also said to be interested in acquiring the services of the Algerian international, but O Jogo has reported that they are unlikely to make a move.

The Magpies are set for a busy summer and with Andros Townsend and Moussa Sissoko being linked with moves away, the midfield is somewhere where Newcastle will look to make changes to.

Last time Newcastle dropped to the Championship, they bounced straight back up as champions and The Toon Army will be hoping for the same this season and Abeid could be the man to helps them achieve promotion back to the Premier League.

In other Newcastle news, Alan Shearer has urged Newcastle to give young striker Adam Armstrong opportunities to play next season.