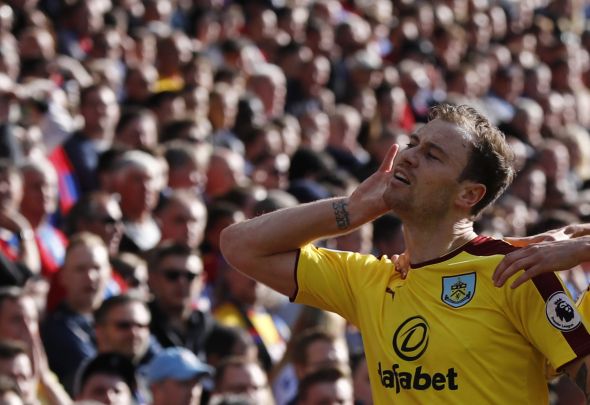 Newcastle are interested in signing Burnley forward Ashley Barnes this summer, according to a report.

ESPN claim sources close to the player have revealed that the Toon are interested in the 27-year-old, but face a fight to lure him to St. James’ Park with Burnley keen to keep him.

It is believed that the Toon will also face competition from Premier League rivals Crystal Palace, with both sides looking to bolster their attacking options ahead of the 2017-18 season.

Barnes has been a regular in Sean Dyche’s side this season, making 30 appearances in all competitions and scoring six goals while laying on a further three assists for the Clarets.

Known for his hard work, Barnes provides Burnley with a combative presence up front and could be the attacking bite that Rafa Benitez wants to add to his side in the summer.

Burnley’s number 10 is able to play in a number of positions and would also be able to offer versatility to the Spaniard, after scoring 11 goals in 62 Premier League career appearances.

With a contract at Turf Moor until 2019, it remains to be seen how much the Toon or Palace would have to spend to tempt Burnley into selling their Austria Under-20 international.

Although not particularly prolific, Barnes could be a top signing for either Newcastle of Palace as he is known to be a complete nuisance for Premier League defenders and has proved that this season. The brave forward is often seen putting his body in where it hurts and winning the ball high up the field, offering a strong first line of defence for his side. A move to Tyneside though could spark imminent departures from the final third. The Toon currently have Dwight Gayle, Daryl Murphy and Aleksander Mitrovic as options to spearhead their attack, but Murphy and Mitrovic could find their positions under threat.

In other Newcastle transfer news, the Magpies have tabled a bid for this Premier League playmaker.