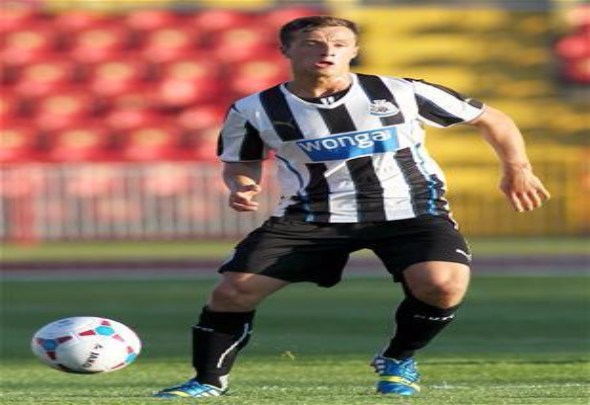 Jamie Sterry is hoping to use Newcastle season in the Sky Bet Championship to prove his worth to the Magpies.

The 20-year-old Newcastle-born right-back impressed current manager Rafael Benitez enough to earn his debut in the 2015-16 season when coming on as a 84th minute substitute during Newcastle’s final day win against Tottenham.

With a wide turnover of players expected during a summer of transfer overhaul at St James’ Park which will include some departures, the defender is ready to seize his chance.

Sterry told the Chronicle Live: “I will be staying and want to be part of it.

“I asked to go on loan five or six times last season, but they wanted me to stay.

“They wanted me to get experience with the first team and now I have had the chance to make my debut.

“Next year I can get a few decent starts and show what I am made of.”

Benitez is eager to give the club’s youth products a chance on the big stage and one of the first things the Spaniard did at Newcastle’s Benton HQ was to send the Under-21 squad back to the club’s Academy where they will report for work each day on a permanent basis.

However, Sterry was one of a handful of youngster’s that remained at the senior end of the training ground.

Current Newcastle right-back Daryl Janmaat’s future is still unclear following the club’s relegation to the Championship and Benitez could see Sterry as the perfect man to step in for the Dutch international.

In other Newcastle news, the Magpies are preparing an audacious bid to sign Bournemouth winger Matt Ritchie.