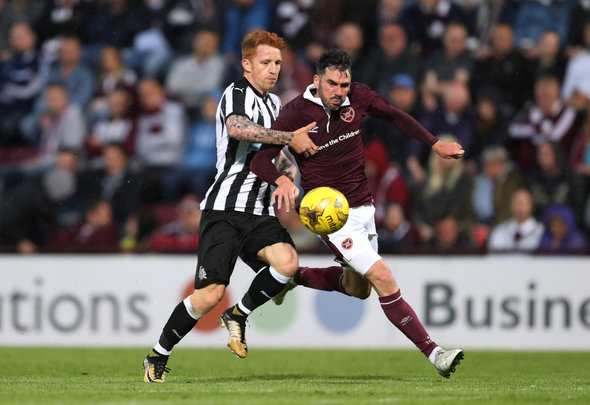 Newcastle United midfielder Jack Colback has been left raging at the behaviour of manager Rafael Benitez after his treatment as a first team outcast.
The former Sunderland man has not make a single senior appearance for the Magpies after being deemed surplus to requirements by the Spanish boss, and was cast away from first team training during the first half of the season.
The 28-year-old did manage to secure a temporary exit from St James’ Park in a deadline day deal to Championship side Nottingham Forest, starting and playing the full 90 minutes on his debut against Fulham, coming up against fellow Newcastle outcast Aleksandar Mitrovic.
Now Colback has delivered a bitterly honest account of his time under Benitez, a fans’ favourite on Tyneside, who used him 34 times across all competitions last season as the Magpies made their way back up from the second tier to the Premier League.
He told the Chronicle: “To be honest there’s been no respect whatsoever shown my way.
“I think the disappointing thing is the way it’s been dealt with. I’ve been treated like a number more than a human being.
“He (Benitez) made his choice and I’m not really looking back at that one.
“He said he had too many numbers, I was named in the squad of 25 but still couldn’t manage to train with the first team, and that’s the way it goes.
“There were other players who got told they could leave around the time I did, or even before I did, who ended up staying there at the training ground with the first team and ended up playing a few games – so why it was different for me, I’m not the man to ask.”
To date Colback has a total of 102 appearances under his belt for the Magpies, having scored five goals and chipped in with 10 assists, while he now has 80 Championship games to his name during his time with Newcastle, Forest and Ipswich.
His next game with his loan club could be a home tie against struggling Hull City, in what would be his home debut in front of the City Ground crowd.
In other Newcastle United news, the club are expecting a major boost imminently.