Paul Robinson insists Aston Villa will not be the only club to have players unavailable due to COVID-19 and urges the Premier League not to restart until player safety can be guaranteed.

The former England number one, speaking exclusively to Football Insider correspondent Dylan Childs, claimed the safety of players should be “paramount” and no unnecessary risk should be taken in the name of football.

On Sunday, Brighton chief executive Paul Barber told Sky Sports a third player of his had tested positive for the virus and would now self-isolate for 14 days.

This came after Villa manager Dean Smith revealed two of his players would be unavailable if the season restarted in June due to health risks.

Robinson claimed the worst-case scenario would be to restart too early and subsequently have to stop again.

“This is a huge decision and it is why we are not hearing much from the authorities because nobody knows,” he told Football Insider.

“Brighton players have got coronavirus, Dresden are in isolation… Until they can guarantee player safety there is no way they can start.

“The worst thing that the league can do is start and then stop again.

“Player safety is paramount. An Aston Villa player has asthma, and a lot of footballers have asthma and you cannot put them at risk.

“Players that have vulnerable family members having to go into isolation for a month – it has to be taken into consideration.

“It will be a very difficult decision to take. We love football but it has to come second.” 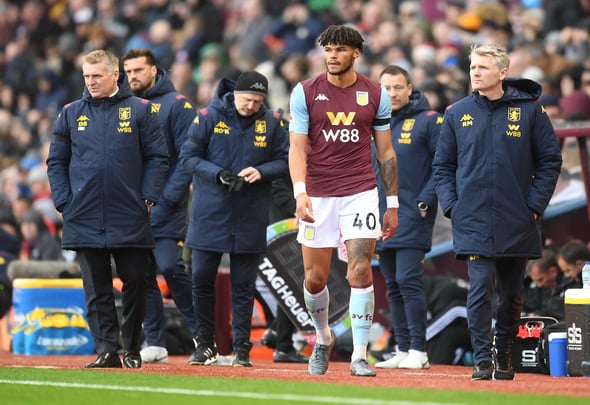 Dynamo Dresden’s entire squad and coaching staff are in two-week isolation after two players tested positive for coronavirus – the Bundesliga and Bundesliga 2 is scheduled to return on Saturday.

The Premier League is preparing for a return to action as soon as June 6, Football Insider understands.