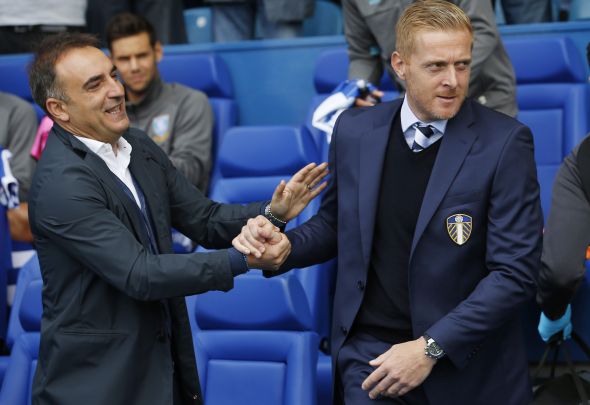 Leeds will be without manager Garry Monk on the touchline against Derby on Saturday after he received a one-match ban following a dismissal against Bristol City.

The Yorkshire giants suffered a 1-0 loss at Ashton Gate due to a Marlon Pack strike in a match which saw their manager sent to the stands late in the game.

Noel Whelan, a former Leeds player, has stated that the current Whites squad would feel the effect of not having  Monk in the dugout during the clash at the iPro stadium.

“Will it make any difference to Saturday’s game at Derby? Yes and no,” wrote Whelan in his collumn for the Yorkshire Evening Post. “The players’ jobs don’t change but as a player you much prefer having your manager or head coach in the dug-out.

“Some bosses will watch parts of games from the stands, particularly the early stages, but the technical area is where you need to be when a match reaches the business end.”

Leeds’ assistant Pep Clotet will take charge of the Yorkshire club in Monk’s absence and the Spaniard has managed three senior clubs in the past, as well as ‘B’ teams and youth sides.

Derby will also be without a manager on the touchline following Nigel Pearson’s departure on Saturday.

Former Huddersfield and Charlton boss, Chris Powell will now be expected to lead his 20th placed side as they look to reignite their season.

Leeds are in good form with five wins from six matches and they will see the match against the Midlands side as an opportunity to continue their good run.

In other Leeds news, Neil Redfearn has claimed that the Whites could have a star of the future in academy product Jamie Shackleton.