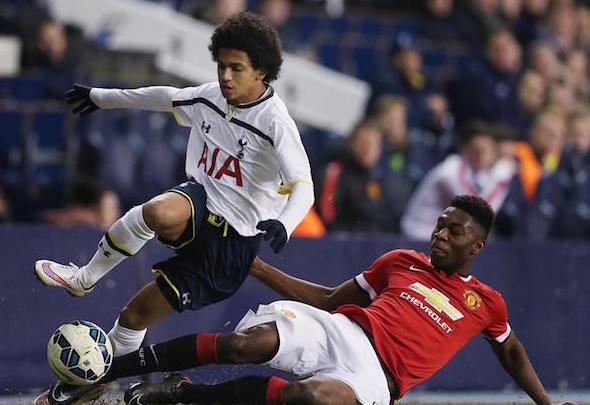 Tottenham winger Marcus Edwards has had his loan deal with Norwich ripped up, and their fans have piled onto Twitter to have their say.

It’s been a disastrous loan spell for Edwards, who was criticised in January by Norwich manager Daniel Farke for his attitude.

Farke said he was brilliant on the ball but that the player had to mature and improve his attitude if he ever wanted to realise his potential.

That won’t happen in the Championship with the Canaries now, after Edwards was released from his loan deal after the 1-1 draw with Sunderland.

The boss also confirms Marcus Edwards has returned to Tottenham for personal reasons for the remainder of the season. #ncfc

Norwich fans have had a mixed reaction to the news, with one fan saying he just wasn’t given a chance by Farke.

That’s pretty indisputable, with the winger given just one cameo appearance of just six minutes in the Championship side.

Here are the best reactions from Norwich fans as Edwards heads back to Spurs:

Because of his attitude

Good riddance – clearly lacked any sort of work ethic or drive to get into the team.

Fair comment. Our boss alluded to attitude issues but I guess we will not know the finer points. Hopefully he can progress elsewhere next season. It was big news when he signed on loan due to his potential

A tantrum and was sent home! thank god he didn't cost a penny! pic.twitter.com/krgPeYw5GQ

Good bit of loan business by the club #clueless #thefutureisbright 🙄

Not sad to see him go. His go-getter (😂) attitude and strong (😂) work ethic really stood out when he put his heart and soul (😂) into warming up on Saturday.