Darren Bent claims that he would look to quit Leeds United this summer if he was senior goalkeeper Kiko Casilla.

As revealed by Football Insider, the 33-year-old is set to be in high demand with several Spanish clubs prepared to offer him a return home this summer.

It is understood that the shot-stopper is considering leaving Elland Road after a year-and-a-half as he fears his reputation has been tarnished after being charged for using racially abusive language earlier this season.

Bent believes that leaving Elland Road and starting somewhere new could be best for both player and club, suggesting that Leeds’ unwavering support for the goalkeeper has ruffled some feathers.

Bent told Football Insider: “I think it’s quite a tricky one because he’s been charged with the racism thing and Leeds continue to support him, but I don’t think that’s gone down well at all.

“Maybe, for me, if I’m Casilla, I’d step down and go back, go wherever I’m interested in going and leave.

“At the end of the day, whatever happens this is going to be brandished about him, wherever he goes, this is not going to leave him. It’s always going to be ‘Casilla, the Leeds keeper, or former Leeds goalkeeper, was caught up in race row’.

“I just think it’s not a good look for Leeds. I’m not quite sure what’s best for him so he might have to make that decision himself.” 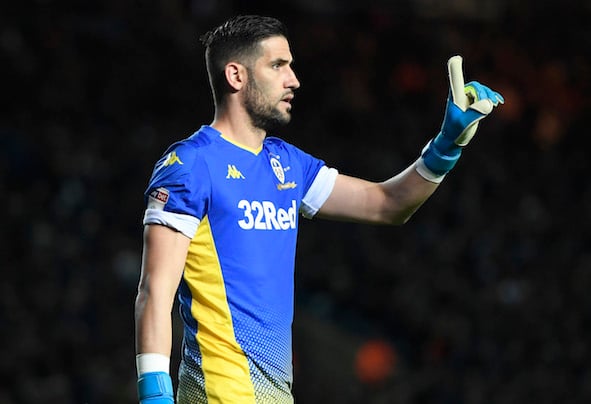 Casilla has been a mainstay for Marcelo Bielsa since arriving from Real Madrid, sitting out just one league game prior to his eight-game ban.

Lorient loanee Illan Meslier took the Spaniard’s place in the starting XI for the last two games, keeping a clean sheet in both.

In other Leeds United news, a promising talent has been tipped to get some “vital” minutes under Bielsa.