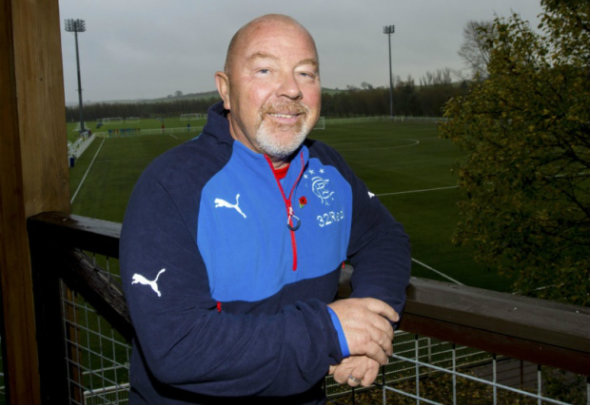 Nottingham Forest manager Gary Brazil has stated the arrival of Frank McParland to the club promises to be an encouraging development.

McParland is set to embark upon a fresh role in football following his departure from Scottish giants Rangers last month, and has been named as the new director of football at the Championship club for the rest of the season.

Speaking about McParland’s arrival to the Nottingham Post, Brazil admitted he was encouraged by the appointment, and was looking forward to working with him.

He said: “His role will be to work on football matters with myself. We will make recommendations to the chairman about what needs to happen and work from there.

“But the conversations I have already had with Frank have been very encouraging from my point of view.

“He will take some of the workload off me – and that has been substantial. I welcome the discussions we have had about football and I am looking forward to working with Frank and the chairman to put a structure and a squad together for next season.”

Brazil will be looking to tap into McParland’s vast knowledge of English football, with the 57-year-old having enjoyed previous spells with Liverpool, Brentford and Burnely – among others.

He has been credited for unearthing Raheem Sterling at Liverpool, and fills the role at Nottingham Forest vacated by Pedro Pereira, who quit the club back in October.

However, Brazil may not be able to experience the full affect of McParland’s input, with reports suggesting that Mark Warburton is set to follow his former Rangers colleague to the City Ground at the end of the season.

Brazil was only handed the role as Nottingham Forest manager until the end of the season, and Warburton’s recent availability has lowered the prospect of Brazil continuing in the role on a longer-term basis.

In other Nottingham Forest news, here are three Rangers players that McParland could sign for Forest.