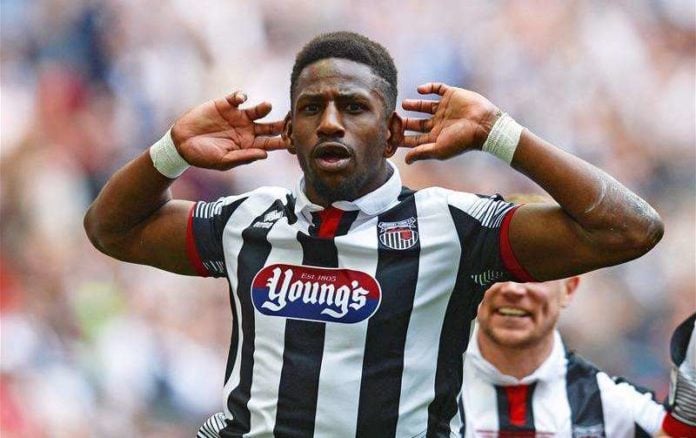 Nottingham Forest are joint favourites to land Grimsby Town striker Omar Bogle in the January transfer window, according to the latest bookmakers’ odds.

Forest are battling it out with fellow Championship team Wigan Athletic to strike a deal with the League Two star in the January transfer window.

According to Bet Victor, Forest are currently joint 6/1 favourites to sign the forward but they face competition from Wigan, who currently sit in 23rd place in the league table and battling against relegation.

Leeds are also tipped to sign the striker but they are outsiders at 14/1, with Bradford City posing the biggest threat to the Championship clubs with 8/1 odds.

Bogle is known as a prolific goalscorer and he has already netted 16 goals in just 23 games for Grimsby Town in the English fourth tier this season.

A report in the Derby Telegraph revealed the 23-year-old’s contract is due to run out in the summer of 2018 so a number of clubs have shown an interest and he could be looking to leave Grimsby before the end of the campaign.

Brit Assombalonga and Henri Lansbury have both netted six goals in the Championship this season but Philippe Montanier is looking to add further attacking options to his squad.

Nicklas Bendtner joined on a free from Wolfsburg in the summer but he has scored just two league goals this season and Forest currently have a negative goal difference in the Championship.

They have still bagged 34 goals throughout the 2016-17 campaign so far but are struggling in the bottom half of the table, currently in 16th position.

In other Nottingham Forest news, Jonjo Shelvey has hit out at Henri Lansbury following the red card incident against Newcastle.