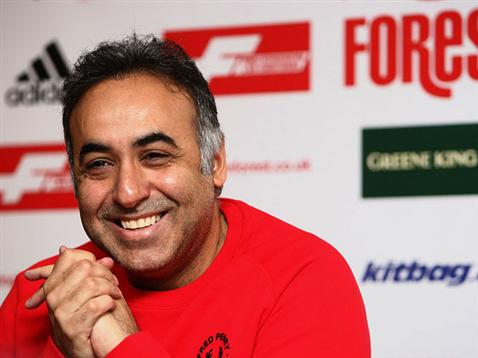 Nottingham Forest owner and chairman Fawaz Al-Hasawi has told fans to find someone who “will keep paying the club’s expenses and wages” during an angry rant on Twitter.

The Kuwaiti businessman purchased the Championship side during the summer of 2012.

However, after eight managers at the club during his reign, Forest have remained a second-tier club and fans have grown restless at the constant upheaval at the club.

The famous Midlands club are currently sat in 18th place under French boss Philippe Montanier and Al-Hasawi has taken to his personal Twitter account after what he describes as “abusive comments” from supporters.

One fan also Tweeted to the club chairman whether they could get the £13million back received from star winger Oliver Burke in the summer, to which Al-Hasawi replied “can I have my £100million.”

The Midlands club, who are famed for winning the European cup twice have not been in the Premier League since the 1998-99 season, while they also dropped down to England’s third tier.

They will face Birmingham in the league next and Montanier will be hoping that Al-Hasawi’s outburst hasn’t caused disruption among his side.

In other Nottingham Forest news, Lewis Walters has continued his fine form for Forest’s development side by scoring against QPR on Friday afternoon.