Alex Bruce has been blown away by the possibility of Everton signing Ajex midfielder Donny van de Beek this summer.

The former Premier League defender, speaking exclusively to Football Insider assistant editor Russell Edge, insists the Toffees would be getting their hands on “one hell of a player” if they could prise him from the Dutch giants.

Van De Beek has been a mainstay for Ajax since breaking through the club’s renowned youth system, playing 175 times across all competitions.

Bruce claims that the nine-cap Netherlands international would walk into the Toffees’ line up and could improve the side significantly.

Asked if the Dutchman was what Everton needed, Bruce told Football Insider: “I think when you get a player like van de Beek he’ll get in the team because he’s a very good player.

“He’s got bags of energy up and down the pitch, I’ve seen a fair bit of him in that very good Ajax team that we saw last year so he’s one hell of a player, a good age as well.

“By getting the likes of van de Beek, if they can get players of that calibre, the only way is up for Everton. They will definitely improve the team.” 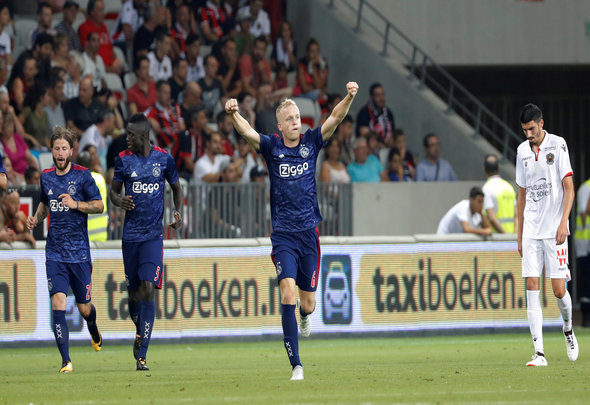 Van de Beek has played 37 times for Ajex this season, scoring 10 goals and laying on 11 assists across all competitions.

Everton have used the likes of Andre Gomes, Tom Davies, Morgan Schneiderlin and Fabian Delph in the middle of the park this season.

In other Everton news, it can be REVEALED the Toffees have made a move to sign a striker from under Chelsea’s nose.