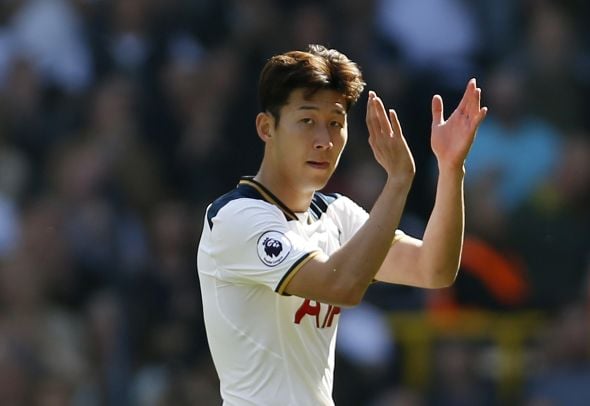 Ossie Ardiles was elated on Twitter after Tottenham strolled to victory against Watford at White Hart Lane during Saturday’s 4-0 win.

Tottenham secured all three points to keep the pressure on league leaders Chelsea thanks to goals from Dele Alli, Eric Dier and a brace from Son Heung-Min either side of half time.

Posting on his personal Twitter account, former Spurs player and manager Ardiles claimed Spurs did not “get out of second gear”.

Ardiles was also delighted with the fact that Spurs secured the victory without first-team stars Victor Wanyama, Danny Rose, Kyle Walker and only a sub appearance from Harry Kane.

Congratulations to MP and the boys at @SpursOfficial .
What a very impressive performance Looked like we were all the time in 2nd gear. COYS

Alli opened the scoring with a sublime effort in the first half, curling the ball past former Spurs keeper Heurelho Gomes from all of 25 yards out.

Former Sporting Lisbon ace Dier then doubled the lead with a thunderous effort from the edge of the area, that flew into the let leaving Gomes no chance.

South Korea international Son opened his account with a well-placed left-footed effort, before volleying home a Kieran Trippier cross from close range to round off the victory.

The win sees Spurs move to within four points of Antonio Conte’s Chelsea, and they will now be desperate to see Bournemouth do them a favour at the Vitality Stadium.

The Blues travel to Eddie Howe’s side on Saturday evening, and Spurs could see the seven-point deficit that was present at the start of the day be reduced by the end of the day.

In other Tottenham news, fans have reacted on Twitter to Trippier’s display.