Darren Bent says that Everton would be pulling off an “outstanding bit of business” if they manage to tie Mason Holgate down to a new contract.

The former Tottenham and Aston Villa striker, speaking exclusively to Football Insider assistant editor Russell Edge, says that the defender has got the potential to hit new heights at Goodison Park under Carlo Ancelotti.

As revealed exclusively by Football Insider, the Toffees are set to open talks with the 23-year-old defender after becoming aware of interest from rivals over a potential transfer deal.

Bent says that it would be brilliant for Everton to get Holgate signed up at Goodison and says the new man in the dugout could help him develop into an even better player.

Bent told Football Insider: “If they can, that would outstanding business, an outstanding bit of business because I really like Mason Holgate and I think with a settled partner next to him, he’d be a very, very good centre-half.

“The inconsistencies of Yerry Mina and Michael Keane have done him no favours. Once Ancelotti gets a hold of him and gets somebody next to him who’s reliable and he can trust, I think we’re going to see Mason Holgate go to another level.” 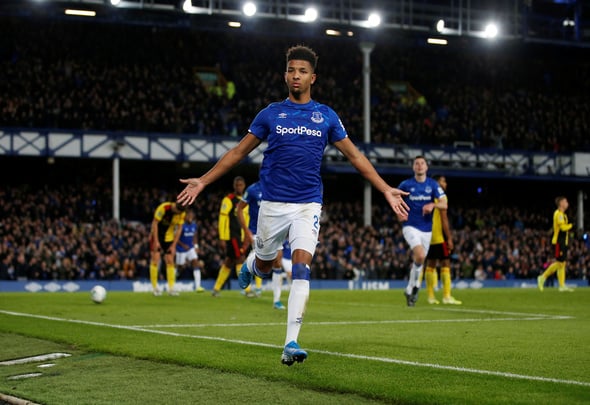 Holgate played just 17 minutes in the Toffees’ opening eight Premier League games but has gone on to establish himself as a mainstay in the side.

He has played every minute of the club’s last nine top-flight fixtures, including turning out as a defensive midfielder against Manchester United.