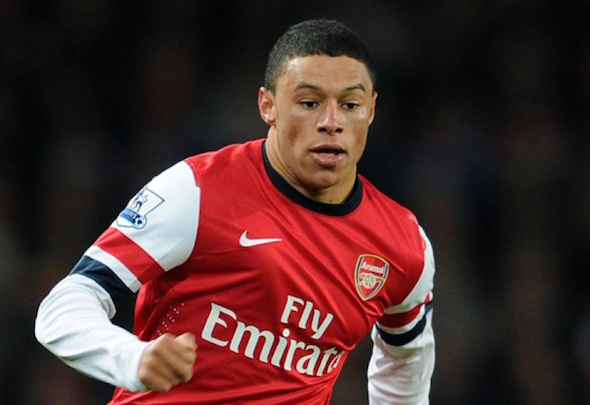 Alex Oxlade-Chamberlain believes playing a variety of sports in his childhood has improved his attitude when playing football.

The former Liverpool midfielder urged the Arsenal midfielder to be angrier about being on the fringes of the team and to “bang down” Arsene Wenger’s door when he is sidelined.

But Oxlade-Chamberlain says that playing other sports when he was younger helped shape his attitude and make him become a more complete footballer.

The England midfielder was a talented rugby player during his schooldays and was even offered a trial at London Irish, while he also excelled at cricket.

“I guess you can take stuff from any different sports you play, especially team ones like cricket and rugby,” Oxlade-Chamberlain told the Arsenal website. “In rugby and cricket it’s very big on respect for the game, your team-mates and the opposition. You can always take that into football. There’s definitely no talking back to the referee in rugby so there’s definitely things you can learn.

“Just playing in any team sport, getting that winning feeling and working with your other team-mates is useful experience for football.”

Oxlade-Chamberlain was reinstated in the Arsenal team against Bournemouth last Sunday and scored his first ever away goal for the Londoners in their 2-0 win.

But he has struggled for game time in recent months despite serious injuries to the likes of Alexis Sanchez, Jack Wilshere, Danny Welbeck, Santi Cazorla, Tomas Rosicky and Francis Coquelin.

Oxlade-Chamberlain did not score a single Premier League goal in 2015 and in 30 matches in all competitions this season, he has scored just two goals and supplied two assists, a poor return for a player who predominantly plays on the flanks.

In the latest Arsenal news, Chelsea and Manchester United are keeping close tabs on the England international as Arsenal prepare to open contract talks.