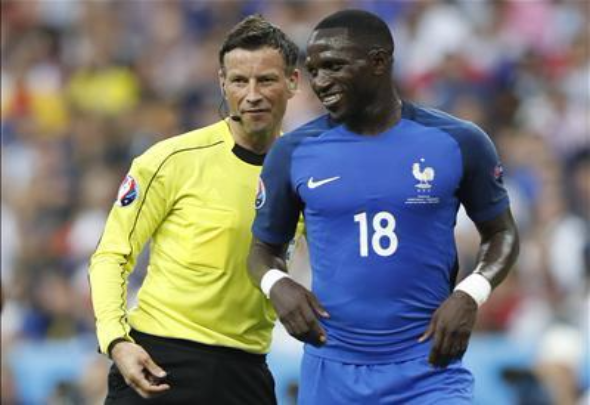 Paul Merson has hit out at Moussa Sissoko for ignoring the phone calls of Everton manager on Ronald Koeman deadline day.

Tottenham completed the signing of Sissoko from Newcastle on the cusp of the transfer deadline on Wednesday night after beating Everton in the race for the attacking midfielder.

The Merseysiders thought they had the 27-year-old in the bag after agreeing a £30million fee and preparing to welcome him for a medical at their headquarters.

But, in a dramatic twist, Spurs matched Everton’s offer and the player made up his mind to make the move to White Hart Lane.

The London giants confirmed on their website on Wednesday night that the midfielder has joined on a five-year deal and will wear the number 17 shirt.

? @MoussaSissoko has signed a contract with the Club until 2021 and will wear number 17! #SissokoSigns pic.twitter.com/uXr2239hI9

Sky Sports claimed on their transfer centre blog on Wednesday (10.29pm) that Everton thought they had an agreement in place with Sissoko earlier in the evening but “they then couldn’t get hold of the player for a couple of hours – and that he didn’t pick up Ronald Koeman’s call”.

Sky Sports pundit and Arsenal legend Merson was appalled that Sissoko did not have the grace to simply tell the Dutch and Barcelona legend that he preferred to join Spurs.

“The term ‘legend’ is used very loosely in football but Ronald Koeman is a legend of the game for what he has done,” Merson told Sky Sports News’ deadline day programme on Wednesday night.

“What’s the game coming to? A player can’t pick up the phone and say, ‘Sorry, I don’t want to come to your club’.”

Shortly before Sissoko was confirmed as a Tottenham player, Merson had expressed his sympathy for the Merseysiders.

“I feel really sorry for Everton, they’re a top club” Merson told Sky Sports News. “Fingers crossed it doesn’t go through and he goes back to Newcastle.”

In other Tottenham transfer news, their fans have reacted on Twitter to the news that Jack Wilshere has moved to Bournemouth.