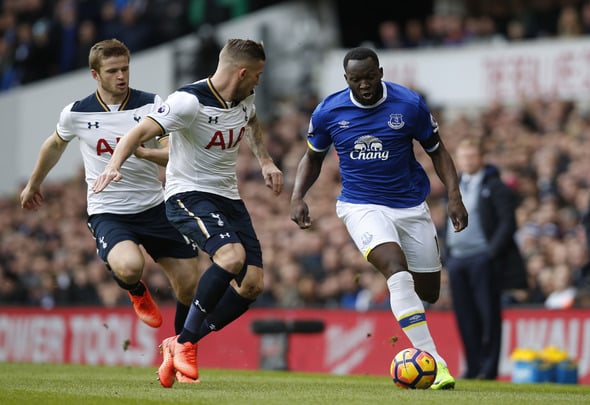 Former Everton captain Phil Neville believes his old side need a new striker more than they need a new manager.

The Toffees were beaten 5-1 by Atalanta in the Europa League last night and are still searching for a new boss after Ronald Koeman was sacked last month.

Former Hull boss Marco Sliva was the leading candidate for the role, but his current club Watford are refusing to let their highly-rated manager leave.

Under-23 coach David Unsworth is in caretaker charge and has lost four of his first six games as interim boss. Last night’s defeat at Goodison Park has increased the pressure on Everton to appoint a new manager as soon as possible.

However, Neville says that the club should be more concerned about signing a new centre-forward when the transfer window opens in January.

“Look, they have got a massive hole in the squad with a lack of a centre-forward, they didn’t replace Romelu Lukaku,” Neville told Sky Sports’ The Debate last night (23/11, 10pm).

“When it comes to January, who do they buy? It’s a massive problem. In the summer they were going for the top strikers in Europe. Now, will they be available and will they want to come to Everton?

“I would prefer a centre-forward in that team than a manager at this moment in time.”

The Toffees are currently 16th in the Premier League table, Neville says the club have enough time and enough quality in the squad to avoid relegation but must add more goals to the team.

The Toffees have struggled to replace his goals so far this season, scoring 12 in as many Premier League games.

Everton have only managed one win in their last 11 ,matches in all competitions and face Southampton in the Premier League on Sunday.

In other Everton news, former Toffees defender Martin Keown says this man should be given the chance to manage the club.