Leif Davis’ performance for Leeds United last weekend could spell the end of Barry Douglas at Elland Road, according to Kevin Phillips.

Speaking exclusively to Football Insider correspondent Dylan Childs, the former England international claimed that Davis’ inclusion and display “is not a good sign” for Douglas, 31.

Davis made his Premier League debut in the 1-1 draw against Manchester City on Saturday and impressed as a second-half substitute up against the likes of Bernardo Silva and Raheem Sterling. 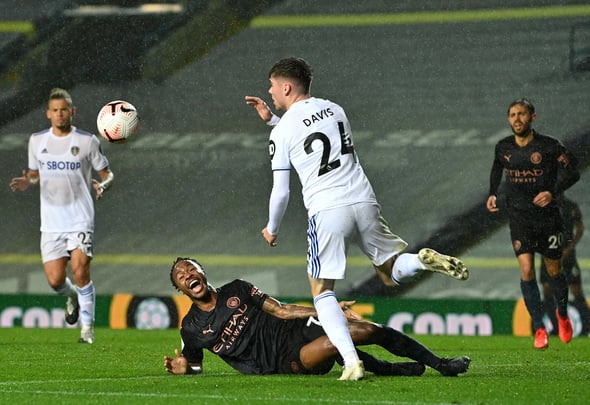 Football Insider revealed on Tuesday that Watford and Blackburn Rovers are interested in signing Douglas before the domestic window shuts on 16 October.

Leeds expect the defender, who has just one year remaining on his contract at Elland Road, to leave this month after he was surplus to requirements.

When asked by Football Insider if Douglas’ exit was imminent, Phillips said:

“Whether the writing is on the wall, only Bielsa can answer that but I think he will be close to leaving.

“When a player like Davis is selected ahead of him it does not look good. It is not a good sign for him, especially seeing as David did really well and is a lot younger than Douglas.

“I think it could be the case that he leaves this month.”

Speaking on the defender’s future last month, Bielsa said: “If he continues with us he will be a very useful player for our project. He’s an impeccable professional.

“He is an integral part of the group here. Just because he hasn’t been part of the 18 in the first two games it doesn’t mean he won’t be useful across the season.”

In other Leeds United news, Noel Whelan hails the club after youngster’s departure is confirmed.