Kevin Phillips has tipped Everton to sign a left-back on loan in January after Lucas Digne was ruled out for up to three months with injury.

Speaking exclusively to Football Insider correspondent Dylan Childs, the former England and Sunderland striker claimed the Frenchman was “one of their best players” and Carlo Ancelotti will not replace him long-term.

Digne had started seven of the Toffees’ first eight games this season and had captained the side in Seamus Coleman’s absence.

However, he underwent ankle surgery at the end of November after suffering an injury in training.

Ancelotti revealed last week that although it was initially feared he could miss up to three months of the action, he will recover “as soon as possible”.

Asked by Football Insider whether Digne’s injury could prompt the club to enter the transfer market, Phillips said: “It is a massive blow to lose him because he is one of their best players. He is a fantastic player both offensively and defensively.

“I think Ancelotti will look at that position in January. If he is out for two months it takes you just to the end of January so they may not push the panic buttons but if it is going to last any further I would have a look at cover in January. 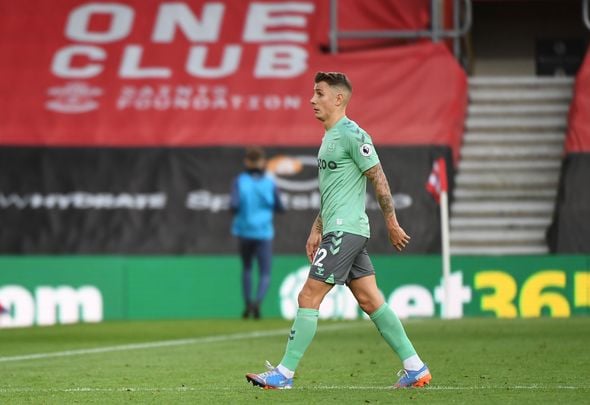 “Ancelotti may look to bring somebody in on loan to provide cover until the end of the season. That way they do not need to fork out a lot of money and Lucas Digne will hopefully be there for a while because he has been excellent.”

In Digne’s absence, Ancelotti has utilised Alex Iwobi and Fabian Delph at left wing-back in a new 3-4-3 formation.

In other Everton news, Danny Mills has tipped a 2020 signing to leave in January, potentially on loan.