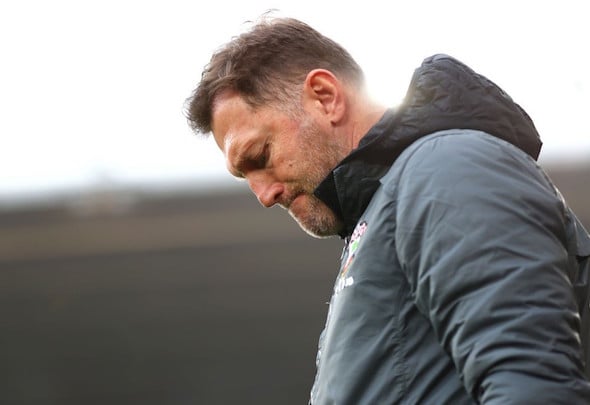 Kevin Phillips has suggested that Pierre-Emile Hojbjerg will know his next club after the Tottenham and Everton target was stripped of the armband at Southampton.

Speaking exclusively to Football Insider correspondent Dylan Childs, the former Sunderland and Aston Villa striker claimed “the writing is on the wall” for the 24-year-old at St. Mary’s.

The midfielder was replaced by James Ward-Prowse as captain of the Saints to further fuel talk of him leaving the club.

Football Insider understands that Everton and Spurs are interested in the Denmark international who was has one year left on his contract on the south coast.

Phillips claimed Hasenhuttl and Hojbjerg would have likely held crunch talks over the lockdown period.

“Losing the captaincy is a sign,” he told Football Insider.

“Hasenhuttl does not mess about down there. He makes decisions and is very strict about it.

“You feel that the writing is on the wall. I think Hojbjerg already knows where he is going – if you read between the lines.

“When you have been stripped of the captaincy, there must have been a conversation between the player and manager. Maybe there has been some honesty there. It is rare in football but, if that is the case, you have to give him credit for that.

“At least everyone knows where they stand. It looks like he will move on.”

At last week’s press conference, Hasenhuttl said: “We had an agreement, and made clear that if you decide not to extend your contract, you will not be captain of this team.

“He knows that he is an important player for this club. I think we have found a good agreement.”