Kevin Phillips fears Douglas Luiz could leave Aston Villa in January after a “tremendous” start to the 2020/21 campaign.

The former Claret and Blue, speaking exclusively to Football Insider correspondent Dylan Childs, claimed Dean Smith’s side will need to secure European football this term if they want to keep the 22-year-old beyond next summer.

The Daily Star reported earlier this month that City are considering exercising their £25million buy-back clause in Luiz’s contract at the end of the season.

Guardiola confirmed in an interview last year that his club “have an option” that would allow the midfielder, who has recently established himself in the Brazil team, to rejoin for a set price.

City sold Luiz to Villa for £15million in July 2019 and the defensive midfielder still has three years remaining on his contract at the club.

When asked by Football Insider for his thoughts on the Brazilian’s future, Phillips said:

“I am not surprised he is being linked with Manchester City and I am sure other clubs are interested because he is a Brazil international now. He is a top class player. 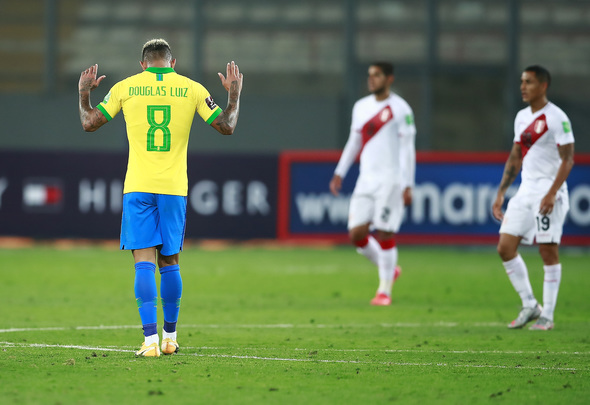 “I am afraid to say that if Villa do not finish in the top six you will probably see Luiz moving on in the summer. Somebody will come in, whether that is back to Manchester City or somewhere else.

“I fear that he could even be on the move in January, which would really hurt their squad. He has been tremendous so far this season.”