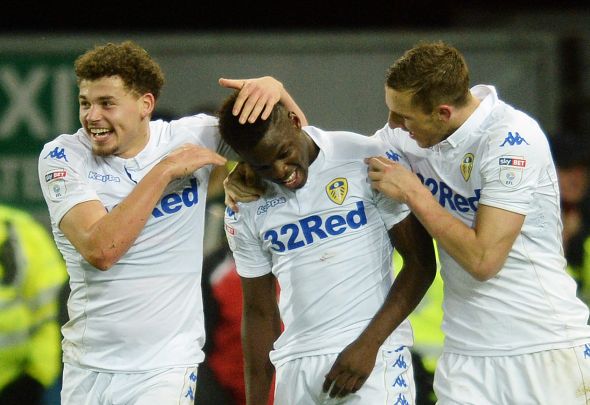 Kalvin Phillips has revealed the advice he gave to his teammate Ronaldo Vieira after he had a tough start to the season for Leeds United.

Speaking with BBC Radio Leeds, Phillips spoke highly of Vieira saying it’s just clicked between them in midfield and went on to reveal how they’ve helped each other.

“I’ve just said keep your head down, keep working, you’re time will come and it did.”

Vieira has made 16 appearances across all competitions for the Whites this season, after struggling to get a consistent run in the first team in the early stages of the season.

The midfielder had only played 54 minutes of league action after Leeds’ first 12 games, with him sometimes not even making the bench.

However, Vieira has only not featured in one of Leeds’ last 10 league games and that was due to suspension.

Phillips and Vieira both featured in midfield during Leeds’ last two league games, where they beat Queens Park Rangers and Norwich City.

The two victories have moved Leeds to within a point of the play-off place, and the two teams above them, Aston Villa and Sheffield United are set to play each other on Saturday.

This means if Leeds United defeat Hull City on Saturday they will leapfrog one of those teams and get back into the top six.