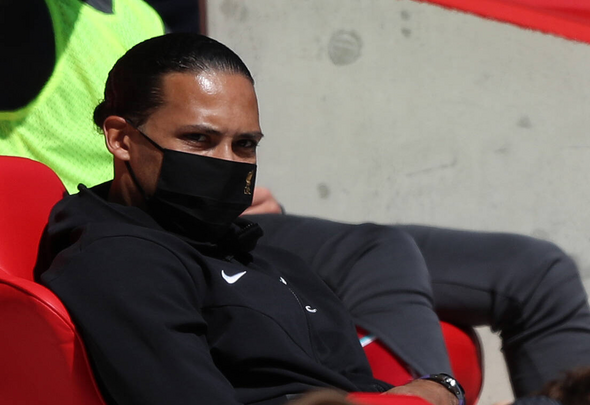 Virgil van Dijk will not be fit for the Euros but should be ready to return for Liverpool at the start of next season.

That is the view of 2000 European Golden Shoe winner Kevin Phillips, speaking exclusively to Football Insider about when the 29-year-old will likely return for Jurgen Klopp’s side.

Van Dijk has been sidelined since mid-October after injuring his ACL in a 2-2 draw against Everton.

The centre-half was pictured back out on the grass this week at the club’s training ground in Kirkby as he steps up his recovery.

Speaking to club media about his return, Jurgen Klopp stressed the importance of Van Dijk not being rushed or forced back because of the Euros next month.

When asked by Football Insider‘s Dylan Childs for his verdict on the Netherlands international’s return, Phillips said: “I can’t see him coming back before the Euros.

“It is great to see him back out running but do not rush yourself back from an injury like that. He has not played for a long, long time and the Euros start in just over a month.

“I cannot see him playing at the Euros, not at all. It is great news for Liverpool. The big thing is getting him ready for the start of next season and it looks like he will ready.”

In other news, Campbell hails the Liverpool board after ‘great news’ emerges over confirmed talks.