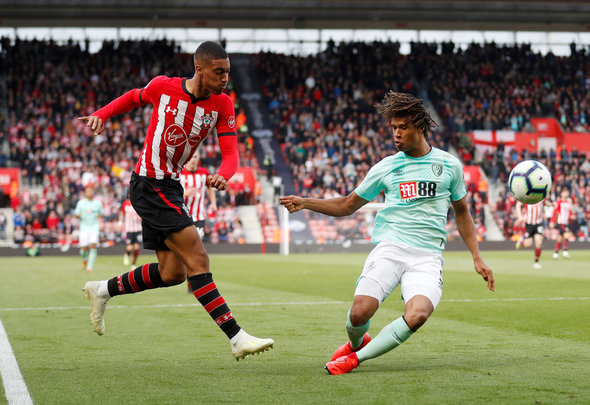 Darren Bent has claimed that Everton can expect to pay in excess of £65million for Bournemouth defender Nathan Ake if they want to sign him this summer.

The former Aston Villa and Tottenham star, speaking exclusively to Football Insider, says that Harry Maguire’s £80million transfer from Leicester to Manchester City means that the Toffees can expect to face a similar big-money fee from the Cherries as they look to bolster their defence.

The Merseyside outfit are reportedly plotting a move to sign the south coast side’s central powerhouse, with Eddie Howe’s side said to be looking for around £75million for his capture.

Bent says that Ake’s brilliant 2018/19 campaign, coupled with Maguire’s move, means that it is only fair that Bournemouth hold out for a hefty transfer fee before Thursday’s transfer deadline.

Bent told Football Insider: “I like Nathan Ake – how much is that going to cost, £65million? Phwoar. At the end of the day, if I was Bournemouth I would do the exact same thing because I think Nathan Ake is a brilliant defender and I thought he was brilliant again last season.

“If I’m Bournemouth I’m saying I want £65million because if Harry Maguire is going for £80million, I don’t think there’s too much difference between the two. I wouldn’t look at last season and say Maguire was so much better than Ake.

“If I’m Bournemouth I’m looking for top dollar as well. There’s no way you can let Ake go for £30million.”

Ake was an ever-present in the Premier League for Bournemouth last season, playing in all 38 of their league fixtures.

The 24-year-old has enjoyed three successful years with the Cherries after turning an initial loan move from Chelsea permanent back in 2017.