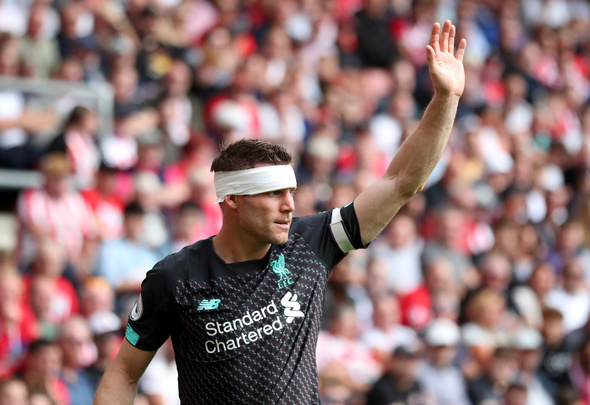 James Milner has Leeds United on the backburner as he prepares for a new talks with Liverpool over a contract extension, Football Insider understands.

The versatile midfielder, 33, is keen on securing a fresh two-year deal with the Champions League holders that will keep him at Anfield until he turns 36.

A Liverpool source has told Football Insider that the club want Milner to extend his deal, that expires at the end of the season, but he is likely to have to accept a lower basic pay and an agreement that is based more on appearances and performances.

Much could depend upon whether Milner secures the two-year extension he wants, or whether Liverpool are only willing to grant a new 12-month deal.

The midfielder’s future is almost certain to be sorted before his boyhood club Leeds will know if their Premier League promotion bid has been successful.

The Championship giants are well placed for automatic promotion and go into this weekend’s fixtures third in the table.

Milner has made it clear that he would like to end his career at Leeds, the club where he made his debut aged 16 before he was sold two years later amid a fire sale of the club’s leading stars.

But he still has ambitions at Liverpool, where he remains an invaluable member of the first team.

Jurgen Klopp wants the former England international to stay and the likelihood is he will do so, although on terms far lower than his current £120,000-a-week deal.

Milner has made 192 appearances for Liverpool since signing on a free transfer from Manchester City in the summer of 2015.

He has proved excellent value for the club, scoring 25 goals and providing 39 assists, and perform impressively both in central midfield and at full-back.