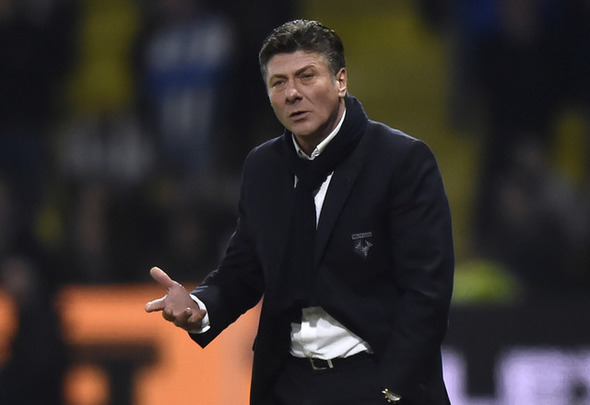 Watford manager Walter Mazzarri has claimed Chelsea have the advantage over Tottenham in this season’s title race.

The two London clubs are currently occupying the top spots in the Premier League table with seven points separating the pair.

There is also a gap forming between those at the top and Liverpool in third and it is believed both the Blues and Spurs are the two clubs battling for the league crown with eight matches of the season left.

Now, Tottenham are preparing for a match against Watford on Saturday afternoon and rival boss Mazzarri has shared that while Chelsea have the advantage, Spurs are a really good team and deserve to finish in second place.

“Chelsea have the advantage [in the title race], but there are eight games left and Tottenham have proved to be really good,” told Mazzarri to the official Watford website.

“They at least deserve second place.”

Tottenham have not finished as high as second since 1963, but they did finish in third place last season and they will be keen to improve on their placing.

Meanwhile, rivals Chelsea have earned themselves four Premier League trophies since 2005 following on from when Roman Abramovich took over.

Antonio Conte’s men also have the advantage of knowing the Tottenham result ahead of their Saturday evening match with Bournemouth this weekend.

However, there is sure to be a few more twists and turns before the season’s finish.

In other Tottenham news, Stan Collymore has predicted Spurs’ match with Watford.