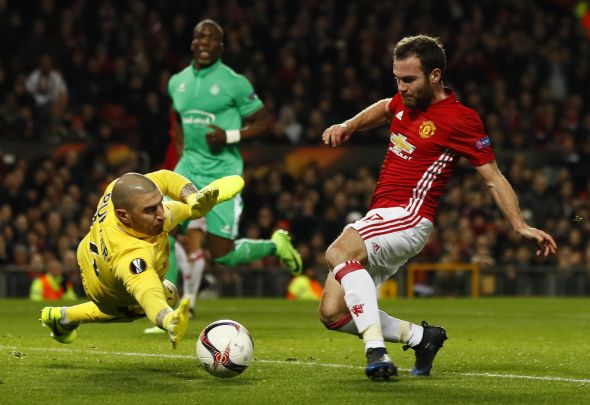 Manchester United star Juan Mata has admitted that it will be “weird” to see Wayne Rooney playing against Everton on Sunday.

Mata and Rooney played alongside each other at Old Trafford for three years before the former England international moved back to his boyhood club Everton during the transfer window.

Everton’s summer signing Rooney will be preparing himself to face his former team mates, fans and manager this weekend, while Mata believes that it will be a tough fixture for them following their Champions League clash against Basel on Tuesday.

Even though the Spain international will find it strange to play against Rooney this weekend, he has been full of praise for the summer business that has gone on at Goodison Park

“We have to be focused because it would be very important to start with a win, even more considering that we have to play Everton, a tough opponent, on the weekend,” Mata wrote on his personal website.

“They’ve just suffered a tough defeat against Tottenham, but they have made very good signings and of course they have a player like Wayne Rooney.

“I hope Old Trafford will welcome him as he deserves.

“It will be weird to see Wayne playing with a different shirt, to be honest, but this is the decision he made last summer and we wish him the best of luck.”

Since moving back to the Merseyside club, Rooney has played in all four of Everton’s Premier League matches where he scored in the first two against Stoke and old foe Manchester City.

Ronald Koeman’s side have suffered two successive defeats against Chelsea and Tottenham over the past few weeks and will be looking to get back to winning ways at Old Trafford.

Before the Toffees head to Manchester, Rooney and his team mates will want to get back to winning ways when they face Serie A side Atalanta in the Europa League group stage on Thursday.

In other Everton news, Lookman has backed an Under-23s player to make it up to the Toffees first-team after recent stunning performance.