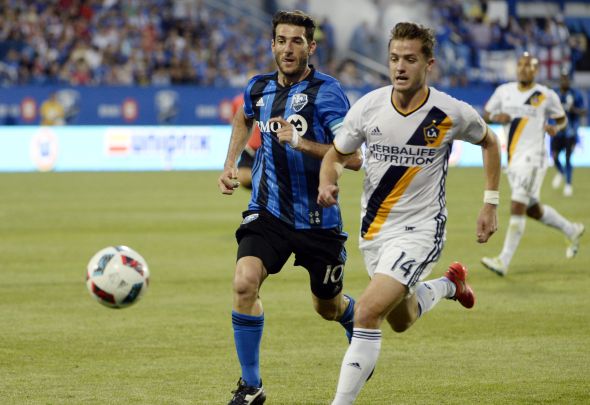 Rogers says he was subject to the abuse during Saturday’s USL game between Orange County Blues and LA Galaxy II.

The USL published an official statement on Wednesday saying they will not tolerate homophobia and have banned Chaplow for two games and fined him an undisclosed amount.

“The USL has zero tolerance for this type of behavior,” Jake Edwards, President of the USL said in the statement. “We cannot, nor will we, condone any language that is counter to the values we have instilled throughout the USL.”

The former Leeds midfielder, who has played for LA Galaxy for three years, posted a message on Facebook after the incident.

"Shit Off My Chest: 4 years later."After being out injured for two months with an Achilles surgery I finally made my…

“In the heat of the last fifteen minutes of the game a player from the opposing team called me a ‘queer’ repeatedly,” his message read.

“This is my fourth season back in the MLS and I’ve yet to hear another player use that or any other gay slur during a game.

“I quickly became enraged, I spent the drive home wishing I had channeled my inner Zidane and punched or head-butted this player even though I knew punching this person wouldn’t have helped either of us, my team, or the greater cause of advancing equality in sports.

“I’m thankful for the many players on my team and even the opposing one who apologised to me for one man’s actions. Today, I woke up grateful to work in organisation filled with so many players and coaches who have worked hard to practice tolerance of everyone and to help change a culture.

“But mostly I’m proud of myself. I am proud more than ever that I had the courage to come out as a queer man,” he added.

Rogers was making his return from an Achilles tendon injury in the second string game,

He signed for Leeds in 2012 and spent two seasons at Elland Road, but rarely featured and spent time on loan with Stevenage.

He played only played four times at the club before taking time out of the game.

Just a few months after he left Leeds he opted to return to the sport with LA Galaxy, and the 29-year-old is in his third year with the club.

In that time he has played 84 times and won the MLS Cup with the Los Angeles club in the 2013-14 season.

In other Leeds news, their former boss predicts the result of their upcoming game against Nottingham Forest.