The Hammers had reached an agreement for the New Zealand international, 31, to join the US-based outfit on loan for the rest of the season.

But a West Ham source has told Football Insider that Nashville have opted against the transfer at the eleventh hour due to concerns over Reid’s fitness and injury history. 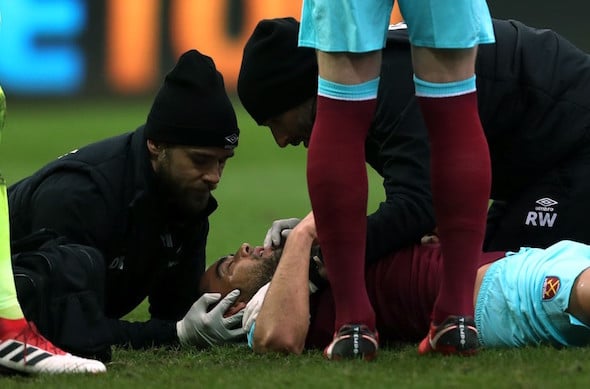 The MLS side had been willing to pay a significant contribution towards the centre-back’s £70,000-a-week wages and Reid headed out all ready to sign.

But the move is now off the table and West Ham must re-negotiate a fresh transfer for their long-serving colossus.

Reid has also held talks with DC United and Sporting Kansas as he looked to the other side of the Atlantic to get his career back on track.

He has not played for the Hammers first team since March 2018 due to back and knee problems and the club have decided to let him go.

David Moyes revealed last week that the New Zealand international was bound for the US although he was not sure where.

There is still time for Reid to secure a move to the States as the MLS window does not formally open until 12 February.

One major stumbling is the salary of the 6ft 3in centre-back, who has a Hammers contract that runs until 2023.

He has been working his way back to full fitness in recent months but has not been able to break into the first team.