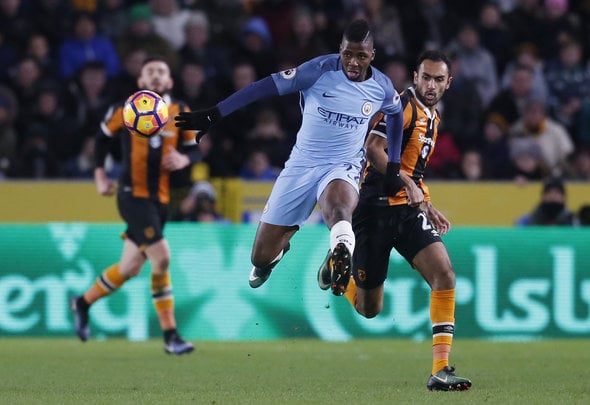 Tottenham are interested in Manchester City striker Kelechi Iheanacho, according to a report.

The Sun claims that Spurs manager Mauricio Pochettino is keen on the City player and that he could come in as part of an exciting swap deal that would see Kyle Walker move in the opposite direction.

Iheanacho is already the subject of keen interest from the Premier League, and the Sun claim that Leicester City are willing to meet Man City’s £20m valuation for the striker.

Borussia Dortmund and Monaco are also reportedly interested in the 10-time Nigeria international.

The Sun claims that City boss Pep Guardiola wants Tottenham defender Kyle Walker but the £50million valuation is causing the deal to drag.

Iheanacho could be the solution, with the promising 20-year-old striker moving as part of a player-plus-cash deal.

Iheanacho made an immediate impact for Man City in the 2015/16 campaign, scoring eight goals in 26 Premier League appearances.

However, his career stalled last season when he scored just four times in 20 league appearances.

Iheanacho has fallen behind Sergio Aguero and Gabriel Jesus and needs to move on this summer for the sake of his career.

In other Tottenham transfer news, Tim Sherwood has said that Pochettino should sign this 16-goal Premier League striker.