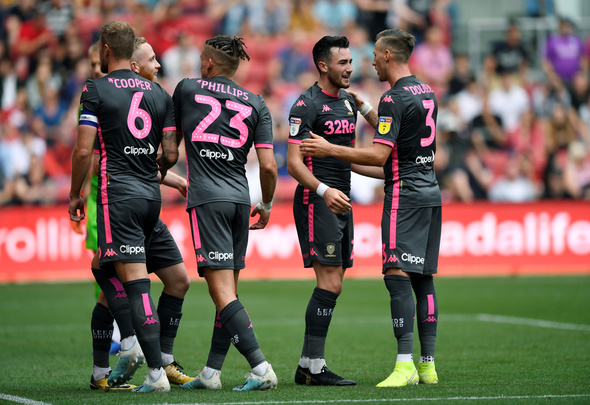 Noel Whelan claims that Leeds United winger Jack Harrison is looking undroppable after his performances early in the season.

Speaking exclusively to Football Insider, the former Leeds United striker and lifelong supporter says that the 22-year-old, who was on loan at Elland Road last season, had a point to prove after an indifferent campaign.

The Manchester City loanee played 42 times across all competitions, 39 of those coming in the Championship, but managed to score just four goals and setting up three assists.

Whelan says that the winger needed to improve his output of goals and assists and that his performances, which included a goal against Bristol City, make him a shoo-in to start.

Whelan told Football Insider: “We said before the start of the season he’s got a point to prove and he proved it the other day (versus Bristol City). We said we needed more assists and goals, he got a goal.

“No one’s going to be taking his place, that’s for sure.”

Marcelo Bielsa has a number of options he can call upon out wide, with Pablo Hernandez and Harrison starting ahead of Helder Costa and Jack Clarke in the opening two games.

The Spanish veteran has scored in both games, the Whites playing out a 1-1 draw with Nottingham Forest on Saturday.

In the latest Leeds United news, Football Insider can reveal that the club have agreed a deal worth more than £4million in a stunning eleventh-hour coup.