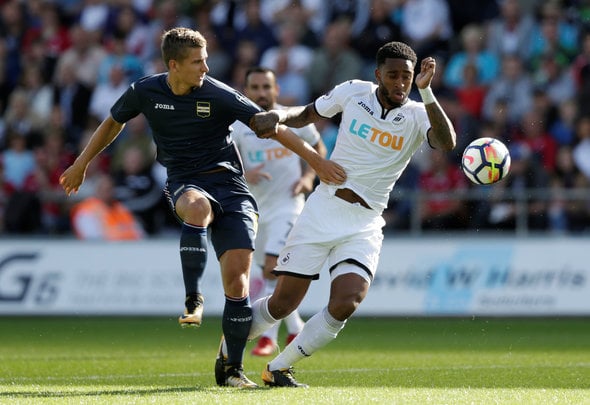 Sampdroia midfielder Dennis Praet looks likely to remain at the Serie A club this summer despite interest from Newcastle and Everton, according to a reliable journalist.

Newcastle United has been linked with the 23-year-old over the summer transfer window after Italian outlet Il Secolo XIX revealed that Rafa Benitez was keen on bringing the Belgian to St. James’ Park.

However, the likelihood of the Magpies making a last minute bid for the playmaker has been quashed by Belgian journalist Kristoff Terreur.

The football journalist, who works for news outlet HLN, claims on his personal Twitter account that Praet looks “likely to stay at Sampdoria” despite interest from a host of clubs including Everton and Marseille as well as the Tyneside outfit.

Despite being linked to Everton, Newcastle & Marseille, Dennis Praet is likely to stay at Sampdoria. (@hlnsport/@NielsVleminckx) #nufc #efc pic.twitter.com/xaHT3LO7yd

The Times revealed just last week that Benitez had also sent a scout to watch the young centre midfielder play.

The Belgian joined the Serie A club from RSC Anderlecht last summer in a £9 million move, and made a total of 36 appearances across all competitions during his debut season.

So far during the current campaign, Praet has been chosen to feature in all of Sampdoria’s Serie A and Coppa Italia games so far.

Newcastle United will be left feeling frustrated as the manager and fans has called for an increase in transfer activity following their less than impressive start in the Premier League.

Rafa Benitez and Newcastle fans will be left feeling disappointed with this last minute blow so close to the end of the transfer window. But with interest from Everton as well, the Magpies may have had their hopes up a little as the Toffees look like a more appealing option at this stage of the campaign. The club have been given a confidence boost after securing their first win and clean sheet of the season after beating West Ham 3-0 at the weekend, and the Toons should use this to spur them on to secure some last minute signings as well as clearing out a number of unwanted fringe players.

In other Newcastle transfer news, an English club are preparing a last minute swoop on one of the Magpies’ unwanted midfielders.