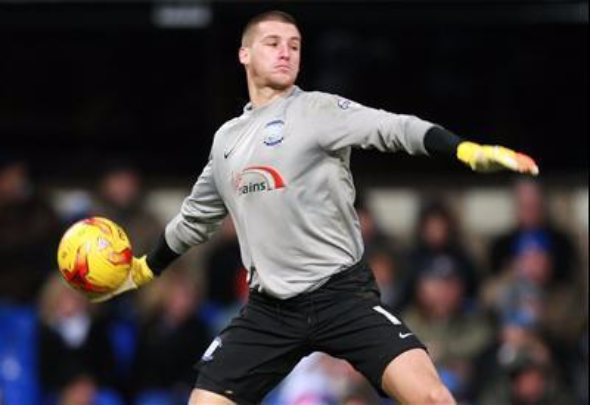 Stoke have hijacked Aston Villa’s bid to sign goalkeeper Sam Johnstone from Manchester United in the January window, according to a report.

The Mail claim Mark Hughes’ side could scupper Villa’s move for Johnstone, 23, after making an approach for him.

It is said that Stoke manager Hughes wants another goalkeeper with Jack Butland sidelined until March as he continues his recovery from ankle surgery.

Villa have made a concerted bid to land Johnstone with negotiations held at a senior level with their United counterparts.

The Birmingham Mail reported on Wednesday that a deal is done for Johnstone to move to Villa, as they “have an agreement to take the 23-year-old on loan when the window opens”.

This suggests that the deal is so advanced Johnstone is in line to complete a move to Villa Park on 1 January, which is the first day that winter deals can be completed.

But manager Steve Bruce could now experience huge frustration in his attempts to reinforce the goalkeeper position in his squad amid doubts over current custodian Pierluigi Gollini.

The Mail report that Johnstone is attracted at the possibility of moving to Stoke and proving his ability in the Premier league.

Sky Italy journalist Gianluca Di Marzio claimed on his website that Gollini could leave the club in January to return to his native Italy even though he only joined in a £4million deal from Hellas Verona last summer.

This would pave the way for Bruce to sign another goalkeeper as the club plan a promotion assault in the new year.

Gollini is the undisputed number one at Villa Park but has been criticised for a number of high profile errors this season and is in danger of losing his first team spot.

The 21-year-old has started 21 of the club’s 22 Championship matches, and has been a mainstay of the side that is 13th in the table.

For the sake of his career, Johnstone needs to go out on loan to Villa, rather than be left waiting in the wings at another top flight club. Aged 23, he is almost past the point of playing regular Premier League 2 football with the aspiring academy products. The keeper needs competitive first-team football, and Villa can offer that. Gollini has proved he is not up to scratch, and United academy product Johnstone has the pedigree to replace him. He has already had loan spells with Doncaster, Scunthorpe, Preston, Walsall and Yeovil, and has wide experience of the English lower leagues. Villa have come in for him at the ideal time. He should forget Stoke and move to Birmingham.

In other Aston Villa transfer news, fans have reacted on Twitter as Bruce seals his first signing this month before the window even opens.