Tottenham defender Matt Doherty may struggle to win his place back in the starting eleven after his sending off against Leeds United.

That is the view of former Spurs and England number one Paul Robinson, speaking exclusively to Football Insider about the 28-year-old’s potentially “costly” suspension coming up later this month.

The £16million summer signing from Wolves received a second yellow in stoppage time of Spurs’ 3-0 victory over Leeds on Saturday for a late challenge on Pablo Hernandez.

He will now miss the trip to Aston Villa a week on Wednesday with Serge Aurier expected to replace the Republic of Ireland international in the starting eleven.

Doherty has been in direct competition with the Ivory Coast international for a place in Jose Mourinho’s side this season, with Aurier preferred for the majority of November and December.

When asked by Football Insider if Doherty’s sending off could be a decisive moment in the pair’s tussle for a regular spot in Mourinho’s side, Robinson said:

“It is an unfortunate for Doherty and it could also be a costly one. 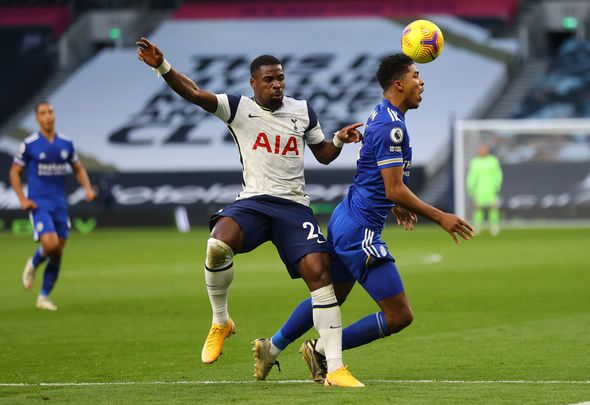 “Serge Aurier did fantastically well when he came back into the side but his performance against Leicester City, where he was culpable for the goal, gave Doherty his place back in the starting eleven.

“But now Doherty has done the same and while he will only be out for one game he has given Aurier an opportunity to win his shirt back.”

In other news, a host of Championship clubs are lining up to sign a 20-year-old Tottenham winger in the January transfer window.