Arsenal target Dominik Szoboszlai is “an absolute bargain” at £22.73million, according to Kevin Campbell.

The former Highbury favourite, speaking exclusively to Football Insider correspondent Dylan Childs, said the London club “need to be ruthless” in the January transfer window after a difficult start to the 2020/21 campaign.

The Athletic‘s David Ornstein revealed that the Red Bull Salzburg winger has a 25million Euro release clause in his contract which runs until June 2022. 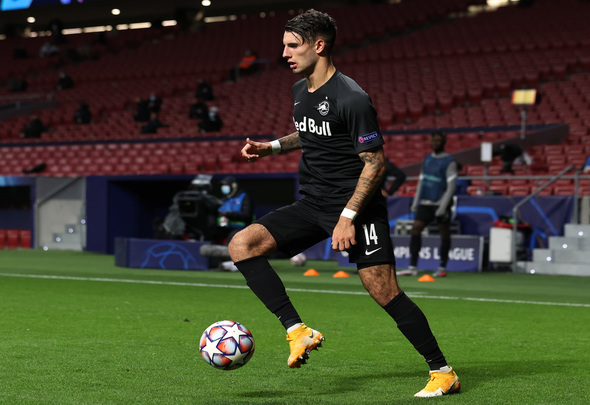 As revealed by Football Insider the Gunners hope to sign Szoboszlai next year and are set to explore multiple formulas in a bid to secure his signature.

The attacking midfielder is attracting interest from across Europe following a sensational start to the 2020/21 campaign which has yielded eight goals and nine assists.

When asked by Football Insider if he expected his former club to move for the Hungary international in light of his release clause, Campbell said:

“That is very doable for Arsenal because we do not have pot-loads of cash. That is definitely doable.

“If the manager wants to change things and freshen things up he has to bring in his own players. If Szoboszlai is one of his targets, at 25million euros it is an absolute bargain.

“The recruitment clock has been sped up because Arsenal are doing so bad. That recruitment drive has to kick in now.

“Mikel Arteta needs to move for the players he wants now. They need to be ruthless in January.”

In other Arsenal news, Kevin Campbell in awe of 22-year-old club have been “crying out for”.