Alex Iwobi is going to find it difficult to break back into the Everton team following his display against Southampton, according to Paul Robinson.

The former England international, speaking exclusively to Football Insider correspondent Dylan Childs, insisted that the 24-year-old “did not take” his chance in the absence of Richarlison in what was a “very disappointing” loss to Southampton.

Iwobi started Everton’s 2-0 loss at Southampton on Sunday in the absence of the suspended Richarlison, his first Premier League start of the campaign. 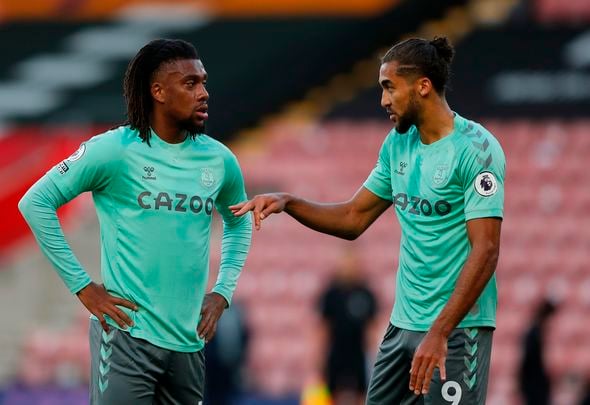 However, the Nigeria international was hauled off at half-time by Carlo Ancelotti having failed to make a meaningful impact on the game.

Robinson says that the substitution at the break “tells you a lot” about the manager’s thoughts on the player.

“Iwobi is going to find it difficult to break into this Everton team after his display at the weekend,” he told Football Insider.

“He was given his opportunity against Southampton and he did not take it, which is evident from Ancelotti’s bringing him off at half time.

“Everton were very disappointing and that was a game that they would have earmarked to win.

“Iwobi was given his opportunity in a team that was playing really well, let’s not forget. He was was not brought into a side that was struggling. This was a team that was top of the league and undefeated.

“It was not like he was not expected to be the star performer so it was a real opportunity missed for him. It tells you a lot if the manager drags you at half-time.”