Noel Whelan has claimed that Rangers will continue to utilise Alfredo Morelos for as long as he is at the club but will let him go if an “acceptable” offer is tabled.

Speaking exclusively to Football Insider correspondent Jason Jones, the former Aberdeen forward claimed that the Colombian is still the best striker at Steven Gerrard’s disposal, despite the recent arrivals of Kemar Roofe and Cedric Itten to Ibrox.

As revealed by Football Insider, Italian giants AC Milan are the latest club to express an interest in signing the South American.

But Whelan is adamant that the Gers will continue to get everything they can out of the 24-year-old for as long as possible.

Speaking to Football Insider, when asked if Morelos would be able to make the step up to Serie A, he said: “He would – but Steven has said before that there has been no contract, no firm offers for Morelos.

“Until an offer has been accepted and agreed by two clubs, he’s going to keep using him because you can’t afford to not have your best players on the field.

“While he’s a Rangers player, he will get played because he is the best striker at the club. You need players like that to win matches. You might as well utilise what you’ve got right now.

“But look, I think Steven will cross that bridge when he comes to it. I think he’s probably aware that if a bid comes in and it’s acceptable, they will let him go.” 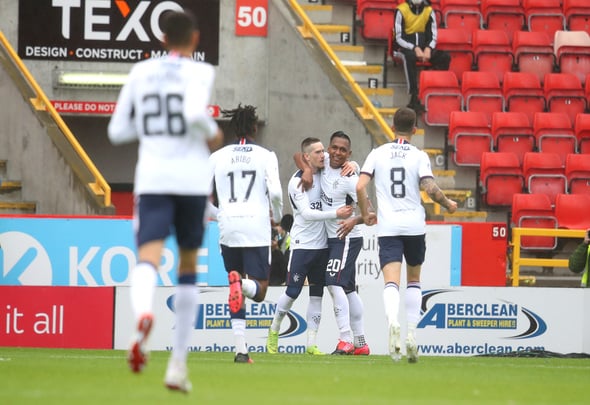 Morelos has started all four of Rangers’ Scottish Premiership matches so far this season, and scored a brace in the 3-0 win over St. Mirren.

Those strikes were the hitman’s first in the league since Boxing Day, and just his second and third of 2020.