Noel Whelan has backed Leeds United loanee Mateusz Bogusz to push for a first-team role when he returns from a season-long loan with Logrones.

Speaking exclusively to Football Insider correspondent Dylan Childs, the former Leeds striker and boyhood Whites fan delivered his verdict after the 19-year-old scored his first goal for the Spanish second-tier side.

Bogusz has made eight appearances for Logrones since his summer move and netted his first goal for their club with a penalty in their 2-1 defeat to Rayo Vallecano last weekend. 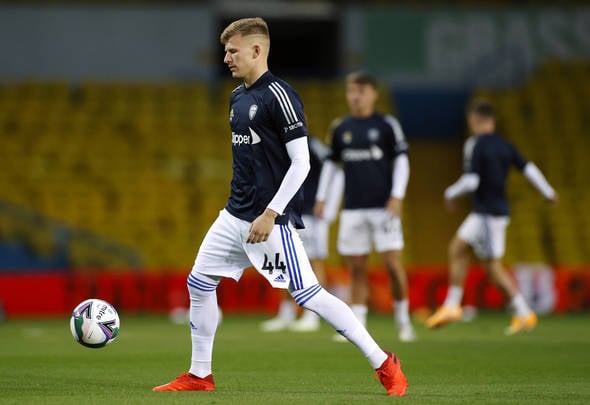 After initially struggling to establish himself in the Logrones’ side, the midfielder has now started the club’s last four games.

And Whelan has claimed scoring his first senior goal will help him settle further on the continent.

He told Football Insider: “It is a massive moment for him personally.

“When you are moving clubs, let alone moving country it can be difficult and he will have wanted to get off to a good start. He has gone over there to progress, get better and to learn.

“If he can add goals to his game that is even better. I am sure we are keeping close tabs on him because he is an excellent player.

“It settles your nerves down when you score early on.

“He will want to be successful and show his worth so that when he comes back he can challenge the midfield players at Leeds United.”

Bogusz has played three times for Leeds’ first-team and made the bench for their 4-3 win over Fulham in the Premier League earlier this season.

His last appearance in a white shirt was in the Carabao Cup defeat to Hull City in September.

In other news, Leeds United have been tipped to sign a full-back who’s a “natural” in January.