Daniel Levy will have to “break the bank” to get Harry Kane tied down to a new long-term contract at Tottenham.

That is the view of former Spurs and Scotland defender Alan Hutton who, speaking exclusively to Football Insider, has suggested interest from elsewhere means the England striker holds all the cards when it comes to negotiations.

The Independent report that Tottenham have opened informal talks with the 27-year-old over a new deal in north London, with the likes of Manchester City and PSG said to be keen on prising him from the Lilywhites. 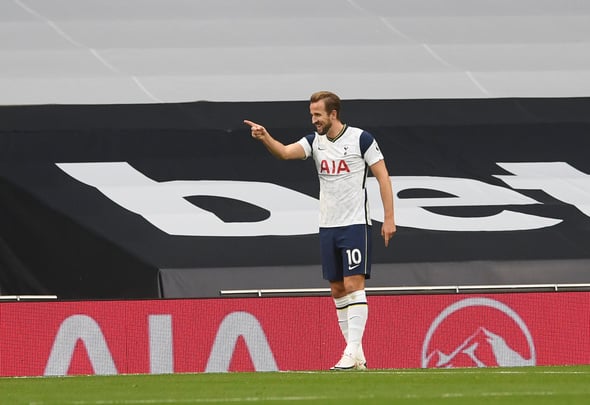 Kane penned a six-year, £200,000-a-week contract at Spurs back in 2018, meaning he still has three-and-a-half years left before his current terms expire.

However, Hutton has suggested Spurs are right to try and strike a new and improved deal with their talisman amid talk of a potential £90million offer from Manchester City this summer.

“It was 2018 when he signed his last long deal so it’s maybe getting to the back end of that deal now,” Hutton told Football Insider.

“Obviously people like Man City, I’ve heard, that are swooping, £90million and things like that, so the last thing Tottenham want is to lose Harry Kane.

“Tottenham are going to have to step up and give him a deal that he sees suitable to remain there probably for the rest of his career.

“He’s your talisman, your main man, however you want to word it, he is the main guy there so it’s all about tying your prized assets down and it’s something Daniel Levy is going to have to do. He’s probably going to have to break the bank to do it if they want him to stay.”

Kane has been in red-hot form for Spurs this season with 17 goals and 14 assists under his belt across all competitions.

He has built up a formidable partnership with South Korea star Heung-min Son, with the pair having scored over 75 per cent of Tottenham’s Premier League goals between them this term.

In other news, Tottenham have been tipped to regret transfer blunder after Liverpool sighting.