Kevin Campbell is adamant Tottenham will sign a creative attacker next year amid continued talk of a move for Juventus playmaker Paulo Dybala.

Speaking exclusively to Football Insider correspondent Dylan Childs, the former Everton and West Brom striker said the 27-year-old is a “superb player” who could play a key role for Jose Mourinho’s side against defensive teams.

Dybala has just 18 months left on his contract in Turin and has only scored one goal in 12 appearances across all competitions this season. 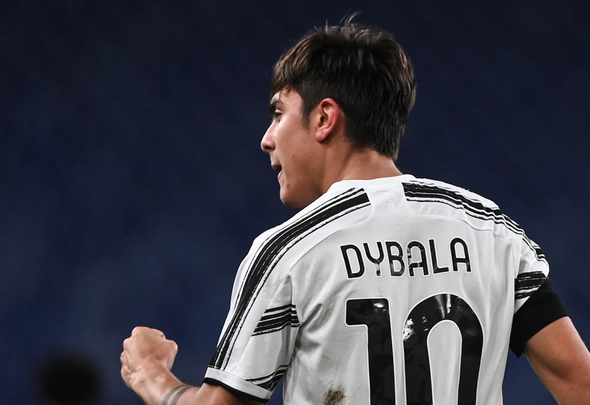 ESPN claim the Argentina international is surplus to requirements in Italy and may be used as a makeweight in a potential move for Manchester United’s Paul Pogba.

According to Spanish outlet Todo Fichajes, Jose Mourinho has identified the £64million-rated attacker as his primary target when the transfer window reopens.

When asked by Football Insider for his thoughts on the potential arrival of Dybala in 2021, Campbell said: “Dybala is a superb player.

“Mourinho is building from the back. He has sorted the defence and the base of his midfield while the partnership of Son and Kane is thriving. But I think he knows there will be times where teams will sit in and ask Spurs to break them down.

“Mourinho will need a different option, an alternative to be able to unlock the door and Dybala could be that.

“He has not messed around with his transfer so far. He is going for key players in key positions.”

In other news, this may be the real reason Steven Bergwijn is preferred to Gareth Bale at Tottenham.