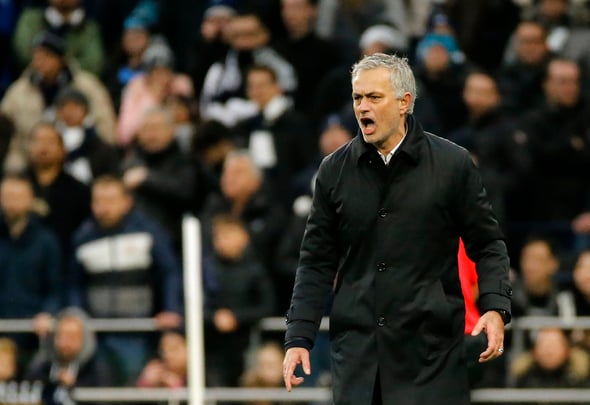 Gabriel Agbonlahor has claimed Tottenham manager Jose Mourinho will be “very angry” with Matt Doherty and he will not play against the “top” teams.

Speaking exclusively to Football Insider, the ex-Premier League striker suggested Serge Aurier is a better defender and will be selected for Spurs’ big games.

Aurier returned to the Tottenham starting XI for their 2-0 victory over Brentford in the Carabao Cup semi-final on Tuesday night.

It was the Ivorian’s first appearance since giving away a needless penalty in Spurs’ 2-0 loss to Leicester City on December 20.

Football Insider revealed Mourinho was set to give Doherty an extended run in the team after Aurier’s erratic displays against Leicester and Crystal Palace.

However, the reported £15million summer signing was sent off for two yellow card offences against Leeds on Saturday.

Asked by Football Insider whether the 28-year-old may have blown his chance to impress Mourinho, Agbonlahor said: “They’ll look at the team they’re playing against.

“If they’re playing against a top team they’ll play Aurier because he’s better at defending.

“No offence to Leeds, he [Mourinho] knows that against Leeds they’re not going to be threatened as much as against the top teams so he can play Doherty in those games.

“I still think when he’s playing against the top six, top eight teams he will play Aurier because he’s a better defender.

“It was two silly yellows from Doherty and I can see Mourinho being very angry about that.”

He was not named on Spurs’ nine-man bench for the visit of Leeds last Saturday but played the full 90 minutes against Brentford on Tuesday.

In other news, Football Insider can reveal Mauricio Pochettino has set sights on signing his Tottenham “best friend” he “lunched with every day”.