Michael Brown has tipped West Brom to launch a move to sign at least one Everton player before the end of the January transfer window.

The former Premier League midfielder, speaking exclusively to Football Insider, believes the Baggies will be looking to pounce as the Toffees look to “trim their squad” this month.

Speaking at the club’s general meeting, as quoted by the Liverpool Echo, Everton’s director of football Marcel Brands confirmed his focus was on “offloading” players to help Carlo Ancelotti condense his playing staff.

At the other end of the table, Allardyce revealed to the Birmingham Mail he was struggling to get players through the door at the Hawthorns and that he had lined up three deals which had eventually fallen through.

Brown suggested that West Brom could help their Premier League rivals out this month by poaching some of their unwanted talent in a bid to boost their survival hopes.

Brown told Football Insider: “Is there going to be a big sale at Everton? It’s a difficult market.

“You heard Sam Allardyce on Thursday, he’d been told yes to three or four and then they just haven’t materialised for him. It’s such a tough market but there are also going to be some deals to be had. 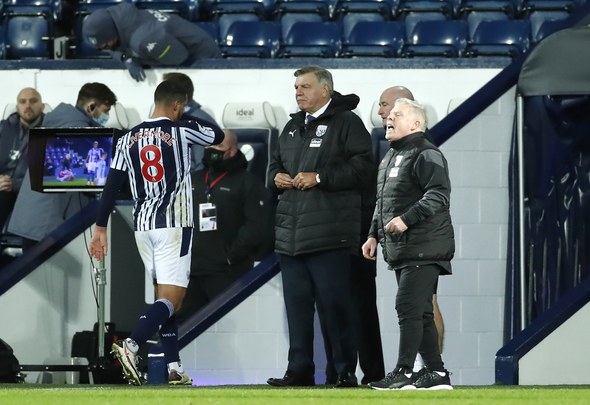 “At the top end of the market, where Everton are going to be looking at, I think it’s a different market when you talk about a West Brom, who I think will be looking at Everton to try and trim some of their squad.

“With Everton, it might be a little bit more difficult for teams to let go of their better players.”

In other news, Football Insider can reveal West Brom star has rejected a move after Allardyce gives green light.