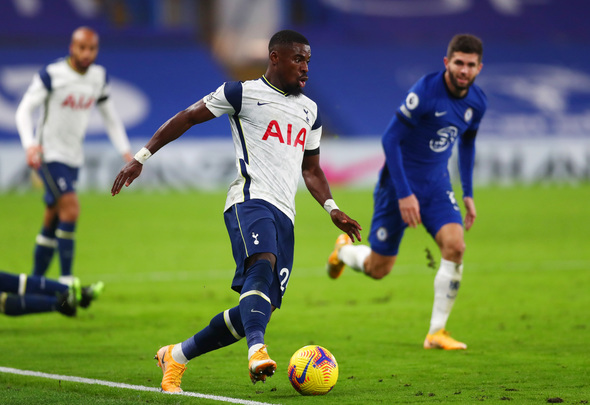 Jose Mourinho is under pressure to sign a new “first-choice” right-back for Tottenham this summer, according to Noel Whelan.

As revealed by Football Insider, Spurs are set to offload the “uncoachable” Aurier this summer as he heads into the final 12 months of his contract.

The 28-year-old Ivorian has started 14 league games this season, while summer signing Doherty has started 10.

However, the Republic of Ireland international has struggled to catch the eye since joining for £16million from Wolves.

Whelan suggested neither of Spurs’ right-backs had been good enough this season and touted a new arrival as a result.

Whelan told Football Insider’s Russell Edge: “Look, Aurier seems destined to leave Tottenham so that leaves you with Doherty. He’s not having the best of seasons, not showing his worth.

“Between him and Aurier, there’s not much of a choice there, is there? Both of them have got mistakes in them, both of them aren’t playing well at the minute.

“That puts the manager under pressure thinking he needs to go into the market. You would do anyway because you need backup.

“I think if Doherty keeps playing at that sort of standard, he will end up being the backup. They’ll go into the market for a proper full-back who’s gonna be first-choice straight away.”

Doherty has made 25 appearances all competitions for Spurs so far, although only 13 of those have come in the Premier League.