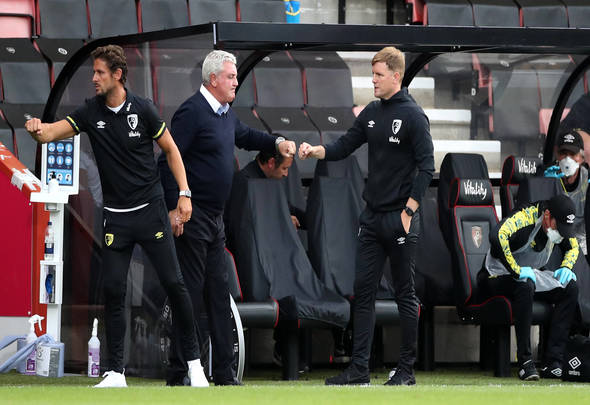 Noel Whelan has questioned whether Eddie Howe is waiting for the Newcastle United job as talks with Celtic stall.

Speaking exclusively to Football Insider, the former Leeds United striker suggested the 43-year-old should be “desperate” to agree terms with the Bhoys.

Howe’s representative told Sky Sports there is “significant interest” in the former Bournemouth boss does not plan on taking a new job until the summer at the earliest.

Eddie Howe is not close to joining any club and his plan remains to not return to management until the summer at the earliest.

As revealed last week, Howe verbally agreed to take charge at Celtic but there are concerns at Parkhead he may be having second thoughts.

Hoops chiefs fear he may not be up to handling the pressure of managing a club with such lofty expectations.

Whelan insisted Howe would struggle to find such a high-profile job, with Newcastle touted as a possibility.

However, he insisted there would like be even more pressure at St James’ Park.

“You want to see commitment. You want to be shown someone is desperate to be at Celtic. To be hanging on for a manager’s job that might be another option?  Well, I don’t see too many managers out of work right now in the Premier League.

“I don’t see too many that are going to be out of work in the Premier League. Would you want to be in the Championship again? No.

“I think most managers are there. What’s he waiting for, Newcastle? That’s the only other one that I can think of that might be up for grabs.

“Then again, you’ve got the disadvantage of you’re going to have no money to spend. It’s probably harder to win football matches with Newcastle next year than it will be with Celtic. Where’s the bigger pressure?”

In other news, Callum McGregor may quit Celtic on one big condition this summer.